Dr. Rubinstein is that rare thing, a DJ who’s just a DJ. It almost seems churlish to put it that way, but she’s made her name and career enchanting crowds with just her infectious selections of acid techno and cosmic electro. Just watch her on the decks, how she feels the music she shares with the crowd, you can sense how her love of the club was born on the dance floor itself, and as an avid raver herself you can see why she’s so in demand across the globe. She’s in the middle of a year that’s already seen her play on both hemispheres, from Melbourne and Hanoi to San Francisco and Los Angeles, from Helsinki to Barcelona and Ibiza, not to mention regular appearances at Berghain’s Klubnacht and other celebrated clubs around the globe. Her Truancy Volume reflects on how quickly time passes, covering a range of fast-paced electro that’s laced with emotion. We also caught up with her to discuss the demands of her touring lifestyle, how she prepares for different kinds of set and her love of David Lynch.

The summer is a busy period for touring DJs – how have you found it this far? Any highlights or lowlights? Saw you were out over in Australia for a few dates. “Yes, Summer is busy as hell and I enjoy every minute of it. The highlight is definitely playing Dekmantel main stage right before Jeff Mills. The lowlight.. and this may sound silly; I will miss a lot of parties while being on tour playing on parties. Summer in Berlin is the best thing in the world and the most fun ever and I will miss raving with my friends like I always used to.”

You also kicked off the summer with a US tour, how was that? “I love touring the US. I mostly play small underground and warehouse parties and it always feels like a community of ravers getting together. It seems like there are barely any random people and everyone who is there, comes for the music and for the DJ. Like they know who’s playing and are so ready to dance.”

You also played some shows in Australia and South East Asia, do you find crowds there much different from those in Europe? “I don’t like to generalise. Of course, crowds vary from place to place but it depends a lot on policies and laws. For example, Sydney has so many laws that it is impossible for the promoters to throw a proper party and Melbourne is in a different state and is more relaxed and you can feel that the parties are so much more fun. Ravers are ravers everywhere and people will have fun if you just let them.”

Are there any particular shows you’re looking forward to in the coming weeks or new clubs you’re getting the chance to play at? “Very excited about playing at Sustain-Release festival with my partner in crime Roi Perez. I absolutely love the festival organised by a good friend and an amazing curator Aurora Halal. It is definitely one of my most favourite places to play and I even took some time off to enjoy the rest of the weekend there. New York is my second favourite place to party, after Berlin of course. Somehow I have a special connection with this city and always try to stay there for sometime when I tour the US.” 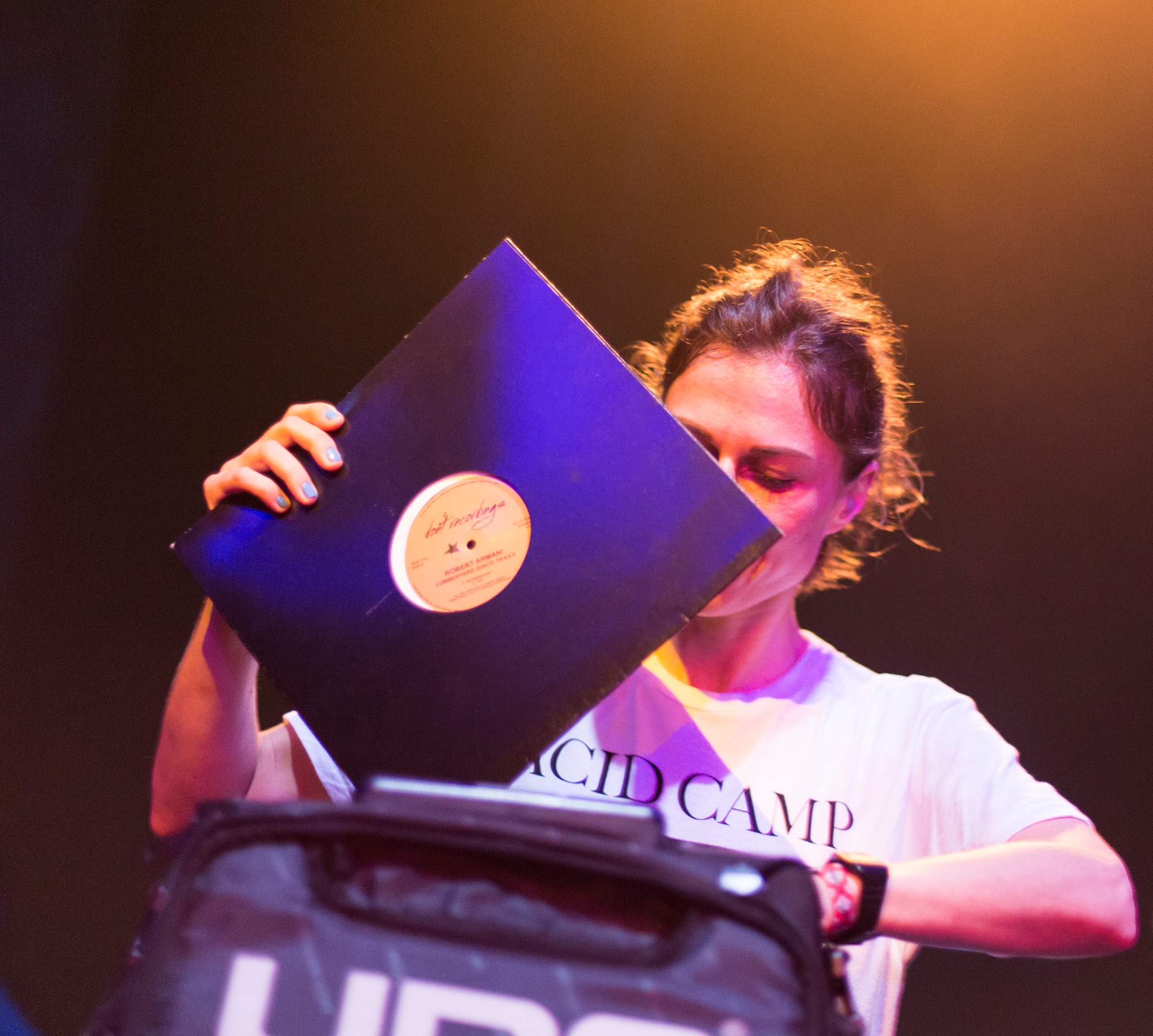 We wanted to ask about Wild At Heart – you recently posted on Instagram that it was your favourite film. What is it about that particular one that speaks to you? “I am a huge cinema fan and before I started DJing I wanted to become a film director. I even sneaked into the lectures of Film and TV faculty in Tel Aviv University. I loved it so much and really wanted to study film but at that moment couldn’t afford. I would make sure to watch at least one movie a day and David Lynch was (and still is) one of my most favourite directors. And this film is one of his more unknown ones, I love how this movie is weird and has this crazy humour that I am so into. Only David Lynch can create something so kitschy and mind-blowing, creepy yet funny, all at the same time. Everything is so exaggerated but the very right amount. I don’t know how to explain it. It really speaks to me because I am an extreme person too and love to exaggerate with everything.”

How do you approach your longer sets, like six hours at Berghain for example? Do they just fly by for you or can the longer time be daunting when playing? “Well, it always is quite a journey and you take it together with all the people on the dance floor. If everything works together then there are no rules, I don’t have any approach but find the way to make everyone dance like there is no tomorrow. This is my only goal every time. If I can manage to make it happen then time flies and I can play for hours. So far my longest set was 11 h Berghain closing and I didn’t want it to stop, at this time everything worked together and I felt so connected to the crowd and to the dance floor and to the club itself. It was so touching that by the end of it I almost cried. It was def one of the most amazing experiences I’ve had in my life.”

Is a six-hour set in the middle of a night much different from, say, closing Klubnacht? “It’s not much different to be honest. In the end you play music for the people who came to dance. But Berghain has a special place in my heart. I’ve been dancing there for endless hours even before I became a DJ. I know the club and the sound system and the dance floor so well that I can absolutely let go and don’t really have to focus on technical things or on reading the room. I know where I am and can just be creative with my set.”

Does your approach vary depending on who’s playing either side of you? Or do you simply reset the mood and do your own thing? “Of course I am trying to consider the general vibe of the party. I would never start banging from the beginning if a DJ before me played more housey and chill. Or if it’s not a techno party. I am not a concert, I always try to adapt to the situation but still be true to myself. I feel like this is a definition of being a good DJ.” 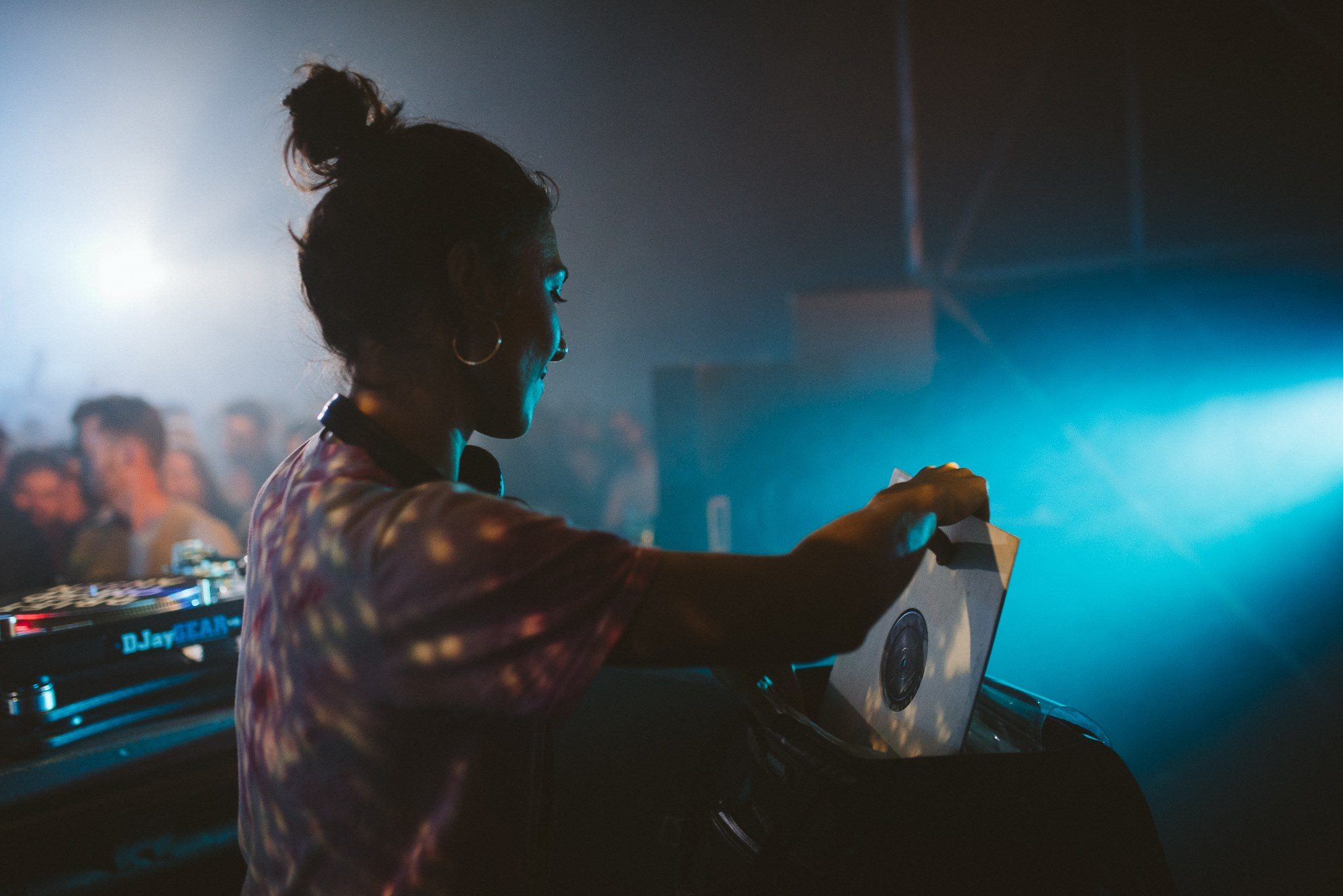 What are some of your primary motivations now? You’re an established touring DJ, what’s the next step? “Primary motivation is to be better at what I do. To improve and to learn. To be a better DJ and human being. I don’t do what I do to establish myself or to “grow bigger”. Every day I want to become a better version of myself. It sounds boring and kinda robotic but actually, it takes me forever to learn and it always comes the very hard way. Feels like making the same mistakes over and over again but expecting a different outcome before I figure out what to change. Learning and improving is painful and hopefully at some point comes easier to me and that it happens sooner than later.”

One thing I’ve noticed about your sets, be they mixes or radio shows or in the club itself, is that they’re very colourful. Is that intentional, or just a natural by-product of your style? “I play music that I want to hear on the dance floor when I party. I love surprises in DJ sets and always try to dig deep and play really special tracks. But I never think or plan what am I gonna play. I go with my feeling of what is the sound that this room needs right now at this moment.”

The RA Art of DJing feature mentions that you went “from business school to clubs and festivals” – has what you studied informed your career? “I studied business and economy in Hebrew University of Jerusalem. I just finished school and had no idea what to do with my life and went for what my family insisted on. Never worked a day with this diploma. I remember once I tried to find a job but no one would hire me. Now it is so funny to remember but back then it was kinda depressing. I didn’t really wanna do that but you are always expected to blend in, never leave the beaten path or pursue your dreams. I just gave up and kept on working in bars until I started working on films for some time. Assisting on productions here and there – nothing big. But somehow I got the feeling that I would never be able to make it as a director. I just didn’t have it in me, so I left that one too. Until I started DJing and it felt just right for me, like finding something I was born to do. Sometimes I think about how lucky I am to be born after the techno music was invented. What a time to be alive lol.”

There’s a lot of work to being a DJ, much more work than just showing up and playing records. How do you balance the two? “To be honest I have no idea how to find balance. There is not enough time between the weekends to actually get all the shit done and I still try to party hard at least once a month.”

Can you tell us about the mix you’ve put together for us? In your interview with RA you discuss how with every mix you do you see yourself evolving and learning new aspects in becoming better at what you do. Wondering if there was any such direction with this mix? “I’ve been working on this mix for a while already. Started with four different ideas but each time something didn’t feel right. And then I was flying back home after a good weekend looking at the sunset from the window and I was in such a good mood. I just opened my laptop and put the tracklist together. And two days later I recorded it at home in one take. Didn’t want to perfect it like I usually do, just to capture this mood – it is all about fluffy summer sunset vibes, very ravey and also a bit melancholic. The Summer in Europe passes so fast and you don’t notice how it is the end of July already, so this mix is about that too.”