Honing her skills as DJ in Birmingham since the late 90s, Rebekah’s hard work and pursuit of music has led her to reach a level representative of many DJs at the top of their game. She’s become a colossal presence within techno the last five years, with her formidable sets and relentless sound capturing the hearts of four-by-four lovers looking for BPMs in the upper echelon of the genre. As a producer, she’s asserted herself with countless releases since her first 12-inch in 2004, putting out heavy hitter after heavy hitter on labels such as Cult Figures, CLR, Soma Records and more recently Mord. Her debut album from last year Fear Paralysis showed a welcome constraint to her sound, describing the LP as a labour of love in times of uncertainty, and using that to explore elements to her music more thoroughly, and with more depth.

Now based in Berlin, she’s found a close friendship with fellow local Paula Temple, sharing a similar outlook to techno and taking it to the stage together for a series of b2b shows and tour dates that now seem more regular than ever. We caught up with Rebekah to talk about the Elements project she runs with Dark Chamber and Jay Sirrett, discovering techno producers from New Dehli, and working with artist Malika Maria for her audio visual work. Her Truancy Volume, which she describes as a mix of old and new discoveries, is an hour long excursion of exhilarating, warehouse techno that’s she’s now known for championing.

Hi Rebekah! Very excited to have you on board, been a long time fan so thanks for taking out time to doing us this mix and interview in what seems a very busy summer period for you! We’re a little over halfway through the year now, how’s 2018 been for you so far? “2018 has been incredibly kind to me so far, it’s probably my busiest year gig wise, especially with more festivals over the summer. The back to back shows with Paula Temple have been the highlight so far of the year, the people’s response to this project has been very overwhelming. This schedule has meant less time for studio work but I have been putting some more energy in to my label.”

Let’s talk about Elements as I was interested to see the newest release was from an artist (possibly more than one person) called Birth Of Defect, based out of Dehli. How did that connection come about? “I discovered the duo via Instagram around the same time we were planning an India tour and watched some of their videos that they had posted and was blown away by the gear they were using and how hard, dark and industrial it was and the fact they were coming out of Delhi. They then sent me their music and it evolved from there. They also played after me in Delhi so I got to hear their set too.”

Since starting the whole Elements project, which acts as more than just a label, do you feel the project has achieved what it’s set out do since you all started it in 2014? “We still have the four EPs that make up the Elements to be completed, we are about to release number three in September and then to have the fourth in January. That was the original concept for the label part but the nights that we host has been achieved, of course it would be amazing to do more of them.” 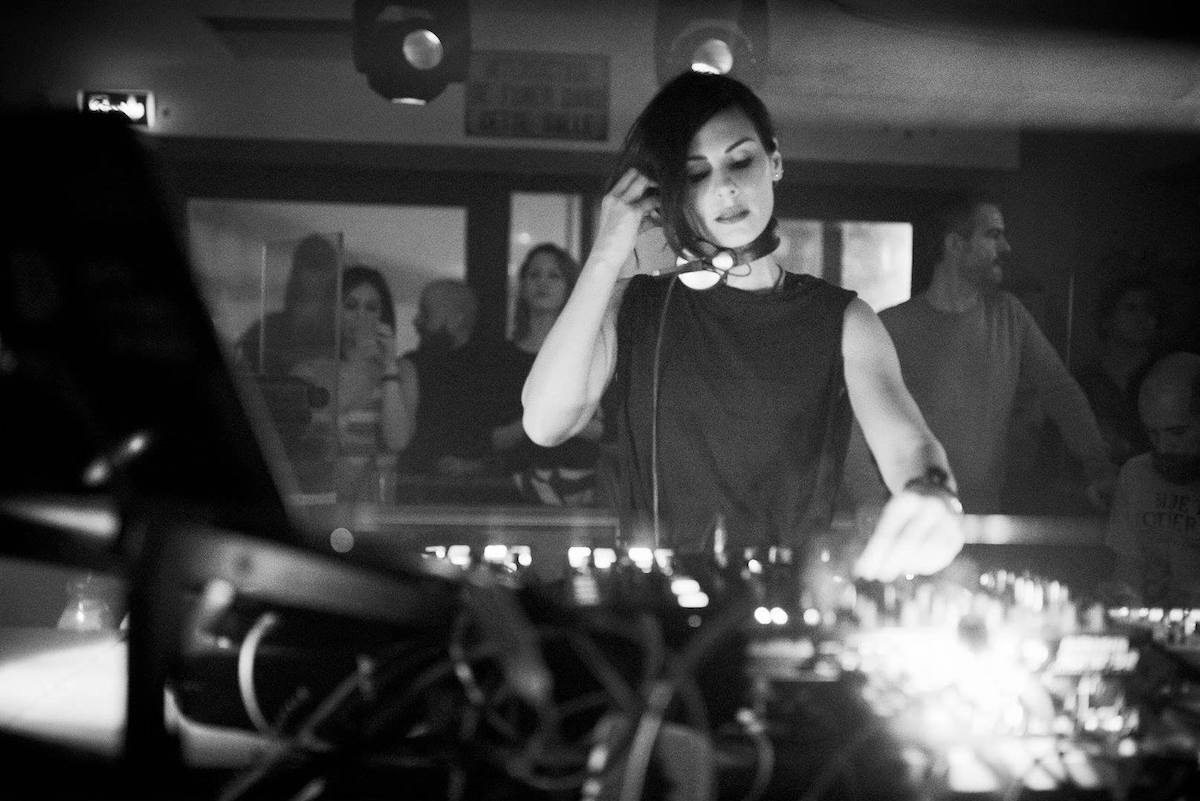 What sort of preparation goes into throwing an Elements party? The one with Dave Clarke and Alienata at City Hall in Barcelona looked a blast, and you’ve always talked very highly of Clarke in past interviews. “The Off Sonar party was third time lucky for us, we had been in talks about doing an Elements showcase in Barcelona since 2015 and finally we got the go ahead this year from Club 4. Having Dave play for Elements was a huge honour, he is responsible for getting me in to techno when I heard him play in the 90s, so having him as a friend now is like a dream come true.”

What can you tell us about your friendships with Dark Chambers? I know you’ve known Patric for a long time. He’ll be releasing some music on Elements soon too correct? “Patric has been an old time friend from when I was clubbing in Birmingham in the late 90s, when I decided to go and study music production he was my mentor and support network. For a long time it was just us sharing and discovering music together in a city where tech house rules the airwaves. As a producer he is drawn to more deeper darker sounds but I love that he still maintains the right energy with it, we are excited to share his forthcoming EP very soon.”

How did you meet Malika Maria? Her work is now regularly used for Elements. “Malika Maria and I met at a club in Ghent called Decadance where she was doing the visuals, I was blown away by how weird, twisted and dark they were, it took me back to my early techno experiences. This then sat with me as an idea that I would love to work with her for a project, to have a label that is more than a label but an idea and concept bringing two art forms together.”

In terms of your own sets I understand you did your first ‘hybrid’ gig with a modular back in May whilst playing in Eindhoven. How was that? Was it much different from the way the ‘hybrid’ sets with Paula Temple work? “I tested it out in Eindhoven which worked really well but then the following day at Nuit Sonores it wasn’t so good, I was nervous on that day as the set was streamed live. Sometimes having a live element within a DJ set can slow down the energy as you have to think more about what you’re doing, the intuition with DJing is replaced with more of a thought process that you have to deal with, in a performance setting this can be a dangerous thing. I suppose the ultimate aspect that any DJ is looking for is to get in to a flow state during their set. In the end I decided not to use the modular unless it’s fully live. Paula and I decided to stick with a straight b2b set but I used the TR-8 with my part of the set.”

You’ve mentioned in past interviews that you enjoy quick and layered mixing. Do you have favourite mixes or transitions that you’ll repeat on the road, or is it always something new with your setup? “For a long time I just would play a set out of a couple of playlists that I had prepared for the gig but for the festival season this year I have done more preparation of specific mixes of tracks that work together, sonically and more in key. It does take out the element of surprise for myself in a set. My all night long sessions are still a time for me to be intuitive and really go with the flow of the night but when you only have an hour or hour and an half it definitely pays to be more prepared and have the main structure of set organised.”

Moving into your studio, can you tell us a little bit about your approach and tools when it comes to music-making? “This year building a modular system has really given me a new lease of life in the studio. It is so exciting and I really wish I had done it sooner, it’s like all the pure techno sounds I was trying to create with soft synths are now easily patched on the modular and the possibilities are endless. I had already slowly been bringing in analogue machines in to my set up which did change the way I approached making music. I would say it’s easy to let the tools dictate what music you are making but for me I still have to work the new sounds into my style of production, it feels like you can never really escape your style or sound.”

What can you tell us about the mix you’ve done for us? Any direction you went for this one and are there any tracks or artists you might want to shout out? “The week before recording the mix I was on the hunt for some older tracks and was digging around in the techno releases from 2003, so there are quite a few older tracks included in the mix. I was interested to hear what the music was like before techno went too schranzy and it seems that year there was a little bit of a rave throw back which I also feel is happening right now within the harder techno scene. So the mix is really a combination of new and old discoveries.”

What else have you got lined up for the next few months if it hasn’t been mentioned yet? “I’m excited for more of the b2b sessions with Paula as each one we get a little better at responding to one another which makes for an interesting experience that we share. I am also looking forward to preparing for my first fully live set at ADE and now festival season is well underway I am looking forward to my all night long sessions which come after the summer where again I can play longer!”

Last usual question from us, when was the last time you danced and what was the last thing to put a big smile on your face? “It was at Awakenings Festival and AnD were playing one of their huge rave sets and it was off the hook, the crowd reminded me of clubbing in the 90s where you had a mixture of everyone and no one was filming anything, it was just great music and being in the moment, it seems this experience is getting rarer and rarer nowadays. The last huge smile was discovering Max Walder’s Work Station track which is on the mix, I had been looking for that track for years… and it’s an absolute bomb!”