Happy holidays from all of us here at Truants! We look back on another year of wonderful content made possible by the best crew on earth. Our sincerest thanks to everyone that has contributed to and supported Truants over the past year, especially to all of our writers and visual artists that have worked hard to transform our concepts into reality. A special shout out to Matt and the Her Records crew for initiating Temporary Trax to help keep our site running, we are so humbled by the feature and are excited to see what content it will bring us in the future.

We’re taking a short break for the holiday season and will be back in January. Until then, our Soundcloud will continue to host the countless hours of music that make up our Truancy Volumes, Functions of the Now and more. If you need a little inspiration, below are some of our #2014Faves that we’re proud to call our own. We can’t wait to share with all of you what we’ve got lined up for the new year.. See you in 2015!

You can’t throw a rock in a club these days without hitting a Kerri Chandler track, or one that sounds strikingly similar. While it’s no revelation that producers are strip mining the sounds of the 1990s, his brand of buoyant New Jersey House is in high demand. While his imitators are legion, there’s only one Kerri Chandler. For those who need an introduction, Kerri “Kaoz” Chandler cut his teeth working at recording studios and DJing at the legendary Club Zanzibar in Newark, New Jersey. Producing for other artists led to putting out tracks under his own name, and releases like Atmosphere have become a blueprint for anyone looking to recreate the magic of the early 90s tri-state house scene. READ MORE

Our 89th Truancy Volume comes from San Fransisco native Avalon Emerson, who’s just put out her debut release on Icee Hot. “Pressure/Quoi!“ is a full-on assault, combining tough beats and frivolous samples. Her mix for us, meanwhile, throws together classic rave anthems and more recent house jaunts, all in the name of the party. We spoke to Avalon (who’s also a software developer by trade) about rocking that party, how she got in with the Icee Hot guys, and where to find the best cookie in America.. READ MORE

The fifth mix in this series comes from Jacques Gaspard Biberkopf, ram-jam full of his remarkable original material. Again we take a step back from grime’s purer strains, instead honing in on the international peripheries of a style that continues to force us to consider the limits of sound, music and dance. The mix provides a fitting counterpoint to Miss Modular and Sudanim’s lusher installation,  JGB works with many of the same styles as the Her gang – Jersey and grime most prominently – yet smothers them in industrial gloom and concrète austerity. READ MORE

Welcome to our new feature, Seven Plays. Each week one of our contributors will keep a personal music diary for seven days, handing the feature over to another Truant at the end of the week. The idea is to keep sharing great music with our readers, but with a more individual touch than our more objective posts and reviews. The first Seven Plays instalment comes from OG Truant Tabitha Bang, with a week of West African dance and psychotic clown anthems, taking a True Detective detour and finishing off with A Slice Of English Toast. READ MORE

August was a crazy month in hip-hop. Between the flood of mixtapes released and Kendrick’s bar-raising verse, there was a lot to take in and sort through. Not to worry though, as we’ve corralled the heatwave of hip-hop here at Truants so you don’t get lost in the sauce. Here’s the notable drops of the month in our new feature that summarizes the mixtapes of the month. READ MORE

When we say Pariah is one of our most favoured producers ever, we mean it; the quality of his output has always been unwavering. Needless to say, it has been a delight following him since his first release on R&S Records a couple of years ago. After his early interest in hardcore music and the emotion it purveyed, Cayzer’s musical development hinged on the discovery of the early dubstep movement and so the Pariah moniker was born where not long after he self-released “Detroit Falls.” Over the years, he’s moved from his own distinct brand of genre sewing, where vintage R&B samples were weaved seamlessly into pendulous 140 arrangements, to deconstructing dancefloors with his label mate Jamie Roberts known as Blawan. READ MORE

We are very excited and honoured to be celebrating the hundredth instalment of our Truancy Volume series with a very special mix from none other than Ben UFO. The records released by Hessle Audio, the label’s essential Rinse.fm sessions and of course the music Ben DJs have for a long time been consistent sources of enjoyment and musical inspiration for us at Truants and so today is an especially fitting way to mark this milestone event. READ MORE

The most common introduction we have to emerging artists is a process of gradual budding. We see artists stumble through mixtapes of exploration and hesitation before they finally grasp a wholesome and comfortable identity for their debut effort to be presented to the world, but this has never been a scenario that quite fit Tinashe Kachingwe. The Los Angeles native’s first official album Aquarius is set to release this October via RCA Records and anyone who is familiar with Tinashe in the slightest knows that her body of work is already a force to be reckoned with. READ MORE

In 2010, we saw the release of tracks that are now considered classics such as Wut, Work Them, CMYK, Maze and of course a little edit of Drake’s Fireworks by a South London producer named Deadboy. At the time, it was a remix that gained a lot of attention and, more close to home, it became an all-time favourite for us here at Truants. A lot has changed since then, but Deadboy’s outlook has firmly always been to make all types of music with no limitations on genre – an outlook which has since seen him gain a sizeable following, be it through his numerous releases on labels such as Numbers or his varied DJ sets.  READ MORE

Chris Farrell has been a major player on the Bristol scene for some time now. He set up the Idle Hands label with a release from Peverelist in 2009, and followed that up with releases from local boys and girls like Kowton, Shanti Celeste, Lily and Bass Clef, as well as from artists based further afield like AnD, Strategy and Kevin McPhee. Three years ago he set up a record store under the same name as his record label, where he sells a small but vibrant selection of, in the website’s words, “the best house, techno, reggae and bass music on vinyl.”  READ MORE

Ever since the inception of Truants, we have been proudly dedicated to providing you with the best content while remaining free of advertising and other external influences. We’ve managed to do this through a certain level of self-funding, as well as through donations from our wonderful readers. It goes without saying that this means an awful lot to us and we’ve been hard at work to offer you something a little more tangible in return. Temporary Trax is a new feature in which we offer you the chance to download something completely exclusive in exchange for a donation. 100% of your donation goes towards our running costs. Each track will stay live for two weeks and once we roll it out you can no longer get the previous offering. Once it’s gone, it’s gone. We’re delighted to be working with graphic designer Taylor Trostle to deliver you an exclusively designed piece of artwork with every new instalment. Mixing engineer Jeremy Cox also continues the impeccable work he does with Her Records and others on “My Place”. Our first three instalments of the series came from delegates of the Her Records crew. READ MORE 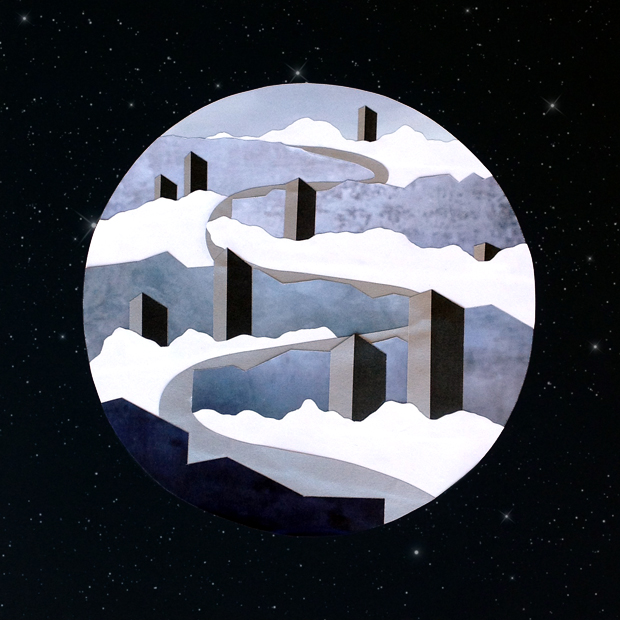