It’s been three years since Karima F set up Schloss Records alongside artist and long-time friend Ida Ekblad. Having cut her teeth DJing at a weekly residency at Oslo-based club Jaeger since 2013, it’s this chapter of her musical career where she’s developed those residency skills into something physical. The first Schloss release arrived in 2018, a 12” by Max Fowler, which was followed up with records from Hunter Lombard, A Psychic Yes and two releases from herself – the first being her self-titled debut.

Karima F’s productions, often playful and percussive, are filled with kinetic energy, yet her rhythms are somewhat difficult to categorize. Whilst she describes making music as rage-inducing on occasions, the combined influences of minimal, UK Funky, and breakbeat in her productions crackle with assurance from an outsiders perspective. We caught up with Karima to chat musical musings, entertaining people and dancefloors, learning Brazilian Jiu-Jitsu and how she finds mixes’ attempts at storytelling being often misguided. Building on that, her Truancy Volume is a pacy affair, running through rhythmic tracks from the likes of Roska, Hodge, Pugilist and Special Request whilst building to a party-closing jungle finale.

Hey Karima, thanks for taking out time to answer these questions and record us such a great mix! So just to start, how have things been for you the last year? Have you managed to focus on music at all or has it been a very introspective sort of year for you? “Two years ago, at my thirtieth birthday, I toasted to what I mistakenly thought would be my coming seven fat years. I was alluding to «The Joseph Effect», a story from the Old Testament in which the Egyptian Pharaoh has a vision of crops going through cycles of seven years of famine, and then seven years of bountiful crops. Boy was I wrong! It’s been a total shit show, the worst time of my life.”

I saw you’ve got a nice gig next month for Livity Sounds as part of their Molten Mirrors launch party. Have you given much thought over how you’re going to approach a set after being out for such a long time? I imagine loads of DJs right now just piling in as many tunes as possible into a playlist called ‘First set back’. Where do you think you want to take your sets in the first few months? “Very excited for that party! I will approach that gig like I approach every other DJ-gig, full of self-doubt and paralyzing nervosity. Seeing as the gig is in the UK, I might revive the folder called «bangers & mash-ups».” 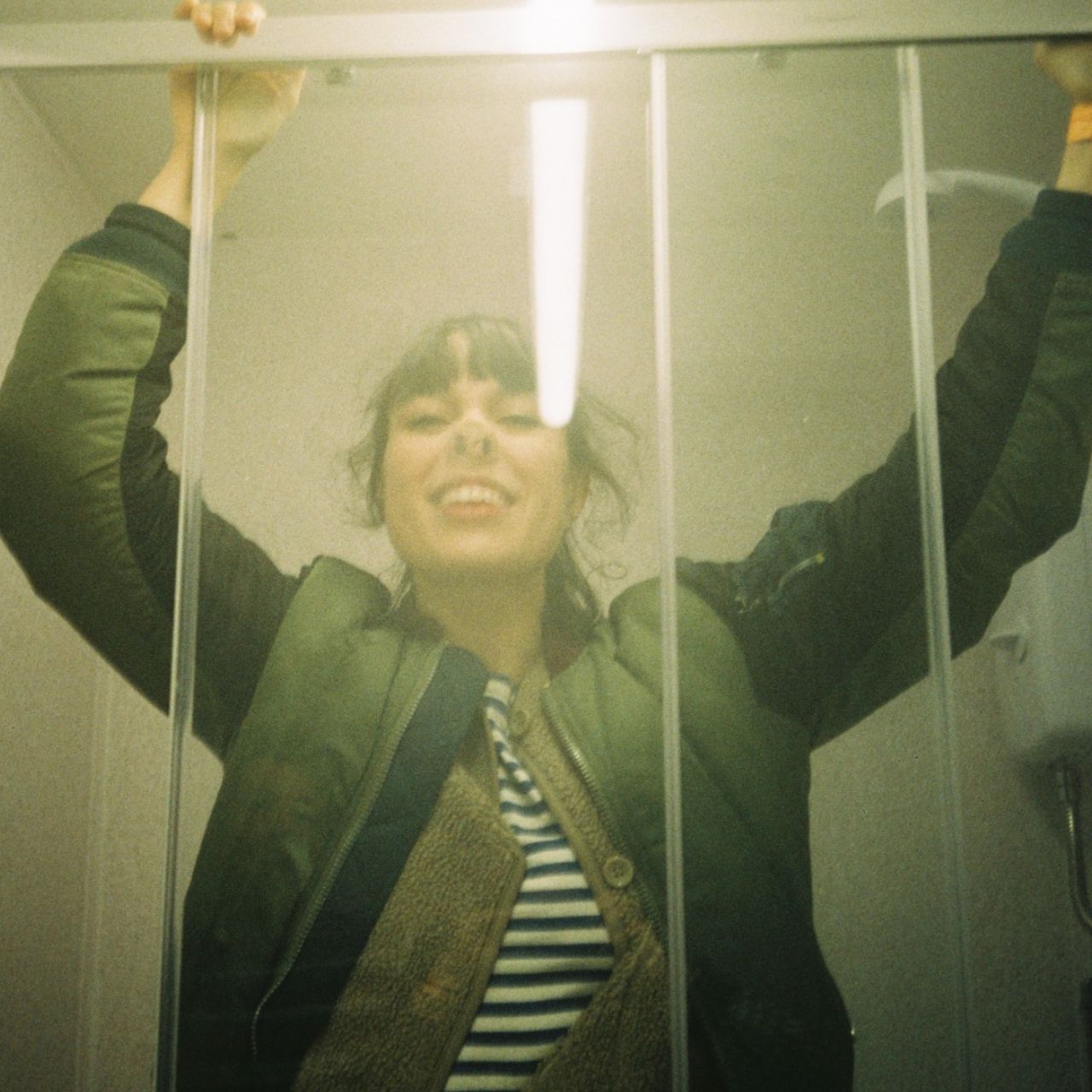 With that set being in the UK, you do have a very UK approach to your mixes in that it’s quite unpredictable to where you’ll take your sets – you’re quite comfortable playing through breaks, techno, garage, funky and jungle. “Do you think that kind of versatility is an essential quality for a DJ? I do think versatility is an essential quality for a DJ. First of all because monotony is boring, secondly because the job of a DJ (to some extent at least) is to please the crowd who has paid money to see you. Growing up in a working-class family, I don’t take lightly the job of entertaining people who have worked all week to be able to spend their money on leisurely activities.”

Do you recall what your most ‘perfect’ ever set was? Do you also have any ‘career defining’ club moments yet? “I’ve never done anything «perfect» in my life. Larry David has a fashion theory of always «half-dressing», because over-dressing is «too much», and I feel the same about DJing; there’s no point in striving for perfection for something that is a fleeting moment in time. Just make sure to have fun! The first (and maybe last?!) time I played Panorama Bar, I was too nervous for the experience to reach the sort of highs you imagine for That Gig™. After the show I was disappointed in myself, but then I realized everyone tries to be the best, biggest, most famous and whatever – why not just settle for mediocre? No one wants to be mediocre or «half-good», so you’ll never have to fight with anyone to position yourself at the top of mediocrity. Perfection is an illusion.”

Let’s talk about your most recent new record Fief Fief for a minute as it’s just come out on the label you co-run with Ida Ekblad who is also responsible for the amazing artwork. You had been knuckling down in a studio in Cotswold prior to starting the EP. Can you tell us a little bit about that? Did it get you in the right mindset to knock out an EP in the space of a month? “My partner (and mixing engineer par excellence) Matt Karmil bought a very nice recording studio in the Cotswolds, just before Covid-19, and we’ve been stuck there for almost two years now. It’s a large and impressive studio full of peculiar instruments I don’t know how to operate. Excluding visits from the Swedish prince Kornél Kovács, we’ve been pretty much alone, only socializing with the local sheep and alpacas. One would think solipsism is a panacea for creative work, but I find the countryside life without friends unbearably dull and meaningless, so most days are spent staring into the void and thinking how terrible things are. One day, in December 2020, when things weren’t too terrible, I decided to finish some sketches in Ableton. I had no plan but to do something other than staring into the void. After a month in the studio – a little cupboard under the staircase of the real studio – Fief Fef EP saw the light of day.”

You’ve (jokingly I hope) mentioned in past interviews that making music for you can almost feel like going through the five stages of grief. How smooth sailing was this release, have you got better at transporting your ideas to Ableton? “That was not a joke. I usually smash things – including computers – during fits of rage produced by my lack of understanding how things really work. Unfortunately, I’m too lazy to figure out how things work, so the ignorance is willfully sadistic. I make music without understanding how to make music, always hoping that the buttons I press on the computer will resemble a song. Call it sheer luck!”

So in terms of the artwork for this release and all the past releases, how did you and Ida first meet and decide you wanted to start Schloss? With the artwork, do you leave it to her to do her own thing or do you find yourselves discussing directions for each release between yourselves? “I’ve known Ida for many years, through the art world, which I once aspired to be a part of. Schloss Records was founded one drunken night in Berlin, after the opening of an exhibition by her husband Matias Faldbakken. I can’t remember what spawned the idea of establishing a record label, but my guess is that it wasn’t very profound. Ida was already running a gallery called Schloss from a defunct Porsche repair shop in Oslo, and we probably thought the label would be a natural extension of the gallery. Sometimes I receive music I like and then we release it. When it comes to the artworks for the covers, I never put my nose in what Ida brings to the table. I’m a layman when it comes to art, she’s a true genius.”

In terms of recent music, what have been some of your favourite records this year? “The sound I’ve listened most to this year, is the sound of me crying upon realizing I can only blame myself for choosing a precarious life in music.”

I wanted to ask about you learning what I think is Brazilian Jiu-Jitsu from your time in Berlin? It seemed like something you really immersed yourself into, especially reaching Blue Belt. What did you take away from it? Is it still something you’re looking to do now that you’re in the UK?
“The track «Crab Ride» is named after a very impressive BJJ-move (I cannot perform myself), so obviously BJJ has shaped not only what used to be a very fit body, but also my knack for naming songs. It’s a very fun sport, and I’ve probably exhausted a couple of friendships trying to convince friends (and strangers!) to join the party. To say that close contact sports haven’t been massively popular during lockdown is an understatement, but I’ll be back at it soon – it’s one of the things I miss the most from «normal life». You haven’t lived until someone puts you in a triangle!”

What can you tell us about the mix you’ve recorded for us? Any particular theme you went for this or any particular tracks you want to shout out? “I often find that the idea of mixes as a vessel for storytelling can be pretty misguided, it rings like a platitude to me. Personally I think a mix is just a careful selection of songs that happen to fit each other. Of course that selection of songs can be fantastically good and great and nice and lovely and beautiful, but I just don’t buy into the forced narrative of mixes having some overwordly function. I know, so brutally cynical and lame!”

Last usual question for us, what was the last thing to put a big smile on your face? “Cliched answer, but I’ll have to go with my friends, whom I just spent a close to perfect summer with in Oslo.”