upsammy, née Thessa Torsing, made a name for herself over the course of 2018 and manifested herself as one of the most exciting producers and selectors on the scene. Drifting between dreamlike soundscapes to unconventional club steppers and back, it was her stunning Another Place EP and compilation contributions on Nous’klaer Audio that first left a strong first impression on us and numerous others. Following her impeccable debut with releases on Die Orakel and a split with BFTT on Whities later on in the year, she was tapped by Mr. Fingers for a remix alongside Kode9 and Joey Anderson on Larry Heard’s Alleviated Records. This impressive output over a short period was accompanied by an increasing presence in nightclubs –  initially in The Netherlands, yet soon deservedly crossing over into neighbouring countries. Via playing out in her former hometown of Utrecht and joining Amsterdam’s De School group of residents, she is now to be found behind the decks at functions across Europe, with stops at Panorama Bar and Dekmantel Festival last year proving defining moments. 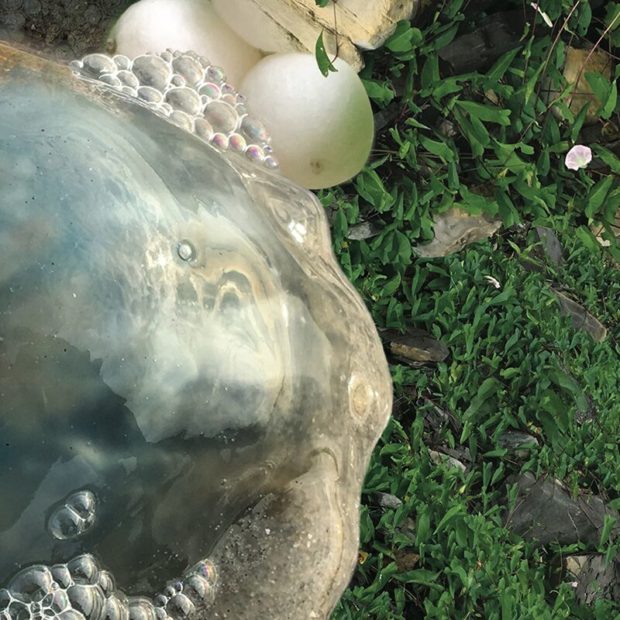 Over the last months, upsammy has been working on a number of different projects. One of them is her live set, which she briefly spoke about to Resident Advisor last year. Another is a full-length project on Nous’Klaer. The first single of this upcoming mini-LP “Wild Chamber” saw the light this week, and will be followed by a full-length of the same title towards the end of April. She tells us that Wild Chamber “[is] a combination of tracks I made over the last year, mainly tracks that are nice to listen to at home or something similar. I guess they could also be played at club, it depends! The tracks are quite intimate and based on certain places, experiences and events. The cover consists of pictures I took during this time, made into a collage and video by my friend Sjoerd Martens. After that I will release another EP on Die Orakel, consisting of more hypnotizing, danceable and (mostly) slow tracks.”

upsammy’s Truancy Volume is her first outing of the year and her first mix in a few months. Off the back of her first live-set and a recent all-nighter, upsammy’s Truancy Volume runs at an hour of no-holds-barred drum and bass, tripped-out IDM at 170 and un-ending jungle breaks, a sound reflecting what she might be playing at peak hour – it’s spacious, hazy, weird and a masterclass in sound design and intricate drum programming. “I wanted to make a mix that has more energy than the mixes I have online right now. More of a reflection of what I would play in a club, I guess. But at the same time I wanted it to be a bit disorienting and trippy in some parts. The mix contains a lot of tracks that inspire me sound design wise.” The tracklist includes tracks by the like of Mark, Nocow and Struktur, as well as ИНФХ’s “Limitless Body”. On the latter, upsammy explains why she included it: “This track has everything I enjoy in a track. A surprising arrangement, stunning sounds that don’t sound too familiar, a bit of a hectic vibe. The glitchy rythm of those deep chords works so well in combination with the percussive elements.”