As one of three people behind Frankfurt label MMODEMM, Carl Simon has been involved in putting out some of the most interesting music committed to tape in the last several years. More recently, her abilities as a DJ have come to the fore outside of her base in Frankfurt, thanks to a number of stand-out mixes for the likes of female:pressure. We are very pleased to share with you a mix from Simon where she displays a compelling dark, club-focused side, as well as an interview in which she discusses the ideas behind MMODEMM, her various musical projects, and playing with identity.

How did you start making music and DJing? “About the “playing records in public” (PRP) part: what [definitely] made me start was our 2015-born label MMODEMM. A label needs a PRP we thought. Toben (1/3 of MDM) took the tapes, me the vinyl. I’ve been collecting records since [forever], many genres. At one quite recent point electronic became more [prevalent] than prog/post-rock/experimental. I also had an urge to add to our (Frankfurt’s) already quite active bunch of clit-djs. Music-making has been happening since teenage times mainly due to countryside boredom and preferring to hang with the boys in rehearsal rooms. Then came an excitement for synths and old and new excesses of electronic music-making. I just like 9-12 Volt…hmmm.”

The discography of your label, MMODEMM, has until recently been primarily cassette releases. The concept – 5 tape singles from different artists making up each release, as well as the arresting and quite unique packaging, really stands out. What prompted you to start a label that specialised in tapes, and what informed the aesthetic direction of it? “We’ve now finally joined the vinyl sectionby re-releasing MDM D (Privacy, DJ Slyngshot, Chinaski, et al.) on wax. But with the tapes we wanted to create a plastic fetish object, something that we can produce fast, so many friends with fantastic b-side tracks to release. Definitely the aesthetic reasons too: pack and shape it nicely (Benny Bascom!). Luckily we didn’t end up carrying out the first ideas of 3D-prints with download codes or plexidisks.” 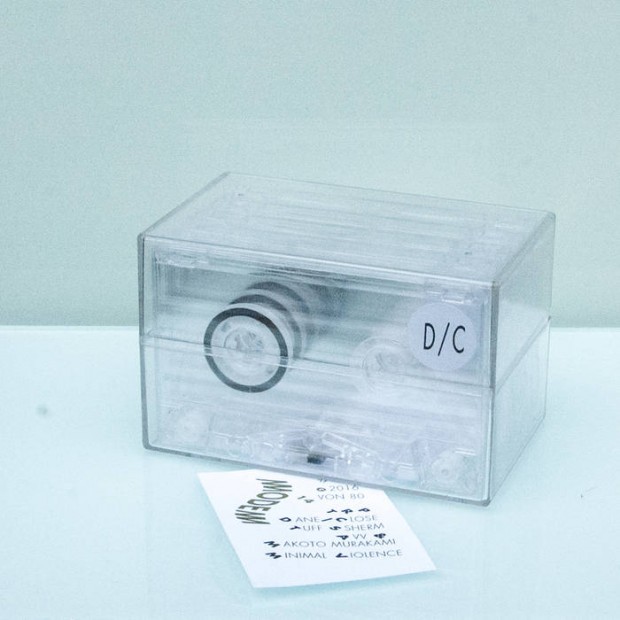 Not to forget the music itself – each MMODEMM tape release has been quite broad with music ranging from electro to New Wave to experimental music. Was the idea from the outset to provide a platform for such varied music within each tape pack, or did it come about in some other way? The joy of compiling samplers, mixing up styles, since our taste and connections reach from diverse directions (we are no 90´s techno youth) – we never intended to be a genre label, and couldn’t fulfil that anyways. In the end the artists form it anyways.

You often switch between different names when DJing or doing a mix – often a variation on your given name (HC Simon, Carl Simon, Charlotte Karl), and this in a way also extends into your various recording aliases and collaborative projects (for example Mutandini Karl, Host Stewart). Aside from perhaps being a way to compartmentalise different projects, what is the reason behind this play with identity? There´s some Karl in everything! Karl I believe is the Charlotte male version. It gives me strength and seriousness. LOOOOL. Though I’d probably get more fame if i used a female name and a better haircut ;) Truth is I have to try out which one looks best on a flyer. Truth1000 is I don’t take it that seriously, and with the live projects they’re just so different that they needed different names. Plus changing aliases is such a nice mix between narcissism and self-consciousness.

Could you talk about those other projects, such as Mutandini Karl and Les Trucs? I started Mutandini Karl during my graduation from art school, a music/video compilation and 7-inch release, performative live sets including dancers, costumes, wavey “alleinunterhalter-juno60-if-giuni-russo-was-punk-pop.” I play those shows very rarely. Les Trucs is with Toben (Rolande Garros), and was my first electronic project ever, it’s existed for around 8 years now. We used to call it neo-dada-2-mensch-ding-orchestra, you know what I mean, lots of gear, lots of pathos. We work together for theatre performances and art contexts as Les Trucs as well.

The Discogs biography for the former group is really fantastic and continues on with what we discussed above – this very creative use of characters, play with words and meaning. This theatrical, dramatic employment of themes and signifiers, characters and humour – how and why is this something that you enjoy or are interested in doing, and does what is the foundation or origin of this interest? Because Life is Boring.

Speaking of the theatrical – you also do work in theatre. How long have you been involved in this, and how do you approach making music for theatre and the stage? It started via a befriended writer (Nis Momme Stockmann) who worked with us on some plays, around 2011. Now we join several very different pieces of performance, theatre, dance. Mostly, it involves us playing live in more or less ridiculous costumes, There’s often singing and choirs, but also very film-soundtrack/ambient-like sounds which I believe are something we learned from theatre. Since we already called our 2012 album “The Musical”, 2017 is the time where we want to do our own piece finally.

You are based in Frankfurt. What is the scene like there for the sort of music that you release and play? Is there a connection to the wider cultural/art scene, which as I understand is quite active in the city? True, for its little size Frankfurt has quite a lot active people coming from the (electronic) music and art world setting up interesting stuff. Thanks to Städelschule/ HFG, techno-education and the Frankfurter Schule :) I mean concerning activism in all ways, high culture and experimental music hook up more and more, but are still kind of like strangers.

What was your idea behind this mix? Does it represent your DJ sets, or do those fall more inline with the mixes you have uploaded on Soundcloud, which are very diverse and varied? Yes, I would like to play Jean Michel Jarre right before Tzusing and I think “I’ll just do it!” This mix represents the dark side of the moon and I tried to play more noise/soundscape, but the bassdrums came in very early, what can I do. Yeah but I do like to have a task, or end with a certain genre in a mix. So far I’ve made just three anyway – those were #Japanese, #90sHouse and #Industrial and I really hope to create a shit-storm with the genre-realness-police now. It was big fun to make it! Thanks!