A singular talent in the world of house and techno, rRoxymore’s steadily growing discography is bursting with creativity: from the repurposed 80s synth pop of playful Huntleys & Palmers drop “Ministry Of Silly Talks” to the dark, psychedelic depth of recent Macro EP Tautologies, with diverse releases for Cómeme and Human Level building bridges between these two sounds. This adventurous quality is rooted by her deep understanding of the dancefloor, with results that embody all the precision and funk of the best techno with none of its rigidity.  Since debuting on Human Level in 2012, rRoxymore has maintained a creative relationship with label boss Planningtorock, most recently collaborating together with Paula Temple and Oni Ayhun on standout release of the year Decon/Recon #1. Short for Deconstruction/Reconstruction, the release plays with notions of identity and hierarchy through its masking of authorship and unique, collaborative compositional process. And of course, all four tracks are solid gold dancefloor heaters as well. The four have been performing live together under the Decon/Recon banner across 2015, culminating in a tour of Mexico this past October. rRoxymore has a formidable live show of her own too, an instance of which you can watch thanks to Boiler Room Berlin.

She’s also an amazing DJ, a fact aptly demonstrated by her Truancy Volume. Of it, rRoxymore says “​I wanted to do something more to be listened to then to be danced to, but I did not want it to become an ambient mix either. So it stands on the edge of both feelings I guess. I was also working on this experimental tape mini album in the meanwhile so it must have influenced also my mood ;)”. The mix is no short of groove, however, with all of the beauty and pop sensibility of her diverse back catalogue, as well as some of the same exploratory tangents.

Hi rRoxymore, how was Mexico? “​Hi Simon! Mexico was amazing! Recently I went back with the Decon Recon project. We did a small tour organised by the Goethe Institut. It was really special, we had the chance to play in front of big enthusiastic crowds. That was truly unique.​ In the last few months, I ​have been​ lucky to go and get to play​ several times there now, particularly in Mexico City. There is an interesting music scene growing, with passionate people involved.”

Could you tell us a little about how Decon/Recon came to be? “The project was initiated by Paula Temple. She came​ ​with this brilliant idea of new collaboration ​between producers: an open archive filled up with sound material made by the artists, then this collected material becomes four original tracks produced by the artists themselves. So each of the tracks have the “artistic DNA” of everyone. What is interesting here is at the creative process level, each piece of music is a symbiosis of the collective work, but also at the representation level there is no hierarchy between the artists; each track is claimed by the collective work. The artist ego/status is reduced for the collective voice. The individual’s identity got blended into the collective, without loosing the specificity and originality of each one. It was an interesting experience, especially playing live all together. I think Paula has started the production of Decon/Recon #2 involving other artists.”

The name Decon/Recon alludes to the idea of deconstruction and reconstruction: what aspects (political or otherwise) of contemporary dance music do you think should be deconstructed, and what would you construct in their place? “That is a a vast question here. It is sad to see that the dance music scene, which is a counter culture at the beginning, has become so conservative on many levels. First creatively, I have the feeling that most productions nowadays are completely retro, with not so many ideas and all too serious. Secondly socially: there is no gender equality, minorities are “invisibilised “. I can not really offer any solutions, but I hope that the real, passionate people involved in the scene are aware of this or become aware of it because the scene will become an empty shell eventually. Challenging the expectations or the habits and taking risk can be a good start.”

Planningtorock joined you on the first Decon/Recon record under her Aquarian Jugs alias, but your creative relationship with her stretches back further. Can you tell us a little about how your history together? “​Jam and I were in contact via myspace years ago, ​and also had friends in common at that time. When I moved to Berlin, it was natural that we got to know each other in “real life”. Her album W got released at that time, and she wanted to tour with a band, so she asked me to join her on tour as musician, since I had some experience already. That’s how it began, and has developed as a strong friendship/collaboration over the years. ​A very inspiring person.”

Your new record on Macro is really beautiful and quite psychedelic too – I particularly like the exploratory synth work on DFF – but still dance floor focused. Is this a balance that factors into your compositional process? What do you consider the ideal setting for your music? “First of all producing dance music means making people dance. So in this context, I try to ​​reinvent/create a different aesthetic within this very codified world. I try to keep things surprising and adventurous with sound texture, melodies and grooves.”

What’s most exciting you about the creative community in Berlin at the moment? “What is exciting about this city is that not everything is totally established and crystallised yet. Things are still organic and free to be experimented with, and that is a key factor when you work in a creative environment, as well as having your own “space”/time to develop your work.”

What are your plans for the near future? “​I’ve just finished a mini tape album, which contains only beatless music pieces; far out stuff.​​ It should be out in March 2016. I have a USA tour coming up in March and I’m also working on a new EP.”

And finally a Truants classic: when was the last time you danced? “Well I danced last week end ​ :)” 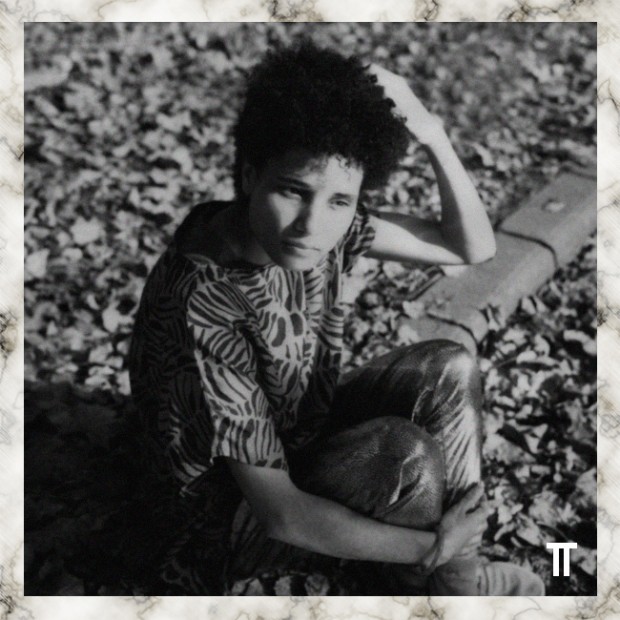