There’s few people who currently embody the confluence of modern music like Channel Tres does. On the one hand, the soulful heart of dance music lives at the centre of his music, taking us through from deep Chicago house to dub techno effortlessly. At the same time,  his West Coast synths and lyrical nods to mainstream R&B and rap remind us of the limitless possibilities of artists that grew up listening to music laterally, timelessly and free from the confines of genre. In a 2014 interview with Truants, Kerri Chandler expressed his love for the ongoing house revival but felt like newcomers were missing out on an opportunity by not incorporating vocals, singing and live performances into their craft. This is exactly where Channel manages to push the envelope in a new way that has enticed us all. His live shows that incorporate dance and carefree performance, asking the audience to submit to freedom in a way that the average DJ set doesn’t. His commanding vocals narrate perspectives that we’re not necessarily used to hearing on a 4/4 beat, perhaps only really paralleled by his contemporary Galcher Lustwerk.

With only two EPs and ten tracks in total released under the moniker, his polished output and its magnitude have led him to open up for an impressive array of artists and their respective audiences, from Robyn to Tyler, the Creator. There’s a traction surrounding Channel Tres that predicts a vast future for the Compton native. For Truancy Volume 257, Channel takes us through a journey of gratitude starting off with Curtis Mayfield, taking us through the likes of Osunlade and Todd Terje to Ebo Taylor, Tupac as well as his own remix for Tyler. We caught up with Channel on his current journey as an artist, creative processes and his performances.

Hi Channel! How are you? What have you been working on? “I’m good, I was touring last year but I haven’t had any shows this month, which is kind of unusual. I’ve just been recording music. It’s going great. Being in the studio is the place I feel most best in most of the time. I’m just trying to work on my next project, that’s what I’m in the middle of right now. It’s going well, sounding really good. I like where my sound is right now, it’s good.”

What kind of concept are you working towards right now, where is your headspace at? “I’m just being dirty and sexy right now. Being free right now. I’m still working on it though so it’s hard to talk about where it’s headed, it’s a work in progress.”

Can you give us some insight into how your creative process usually goes? “It’s kind of a fluid process, I write most of the songs and then I like listening to them over and over. I’ll play it for some friends or something, and the concept then comes while I’m working of what I want to talk about and stuff. It’s just a lot of listening to myself, being free, and record whatever I want to record.” 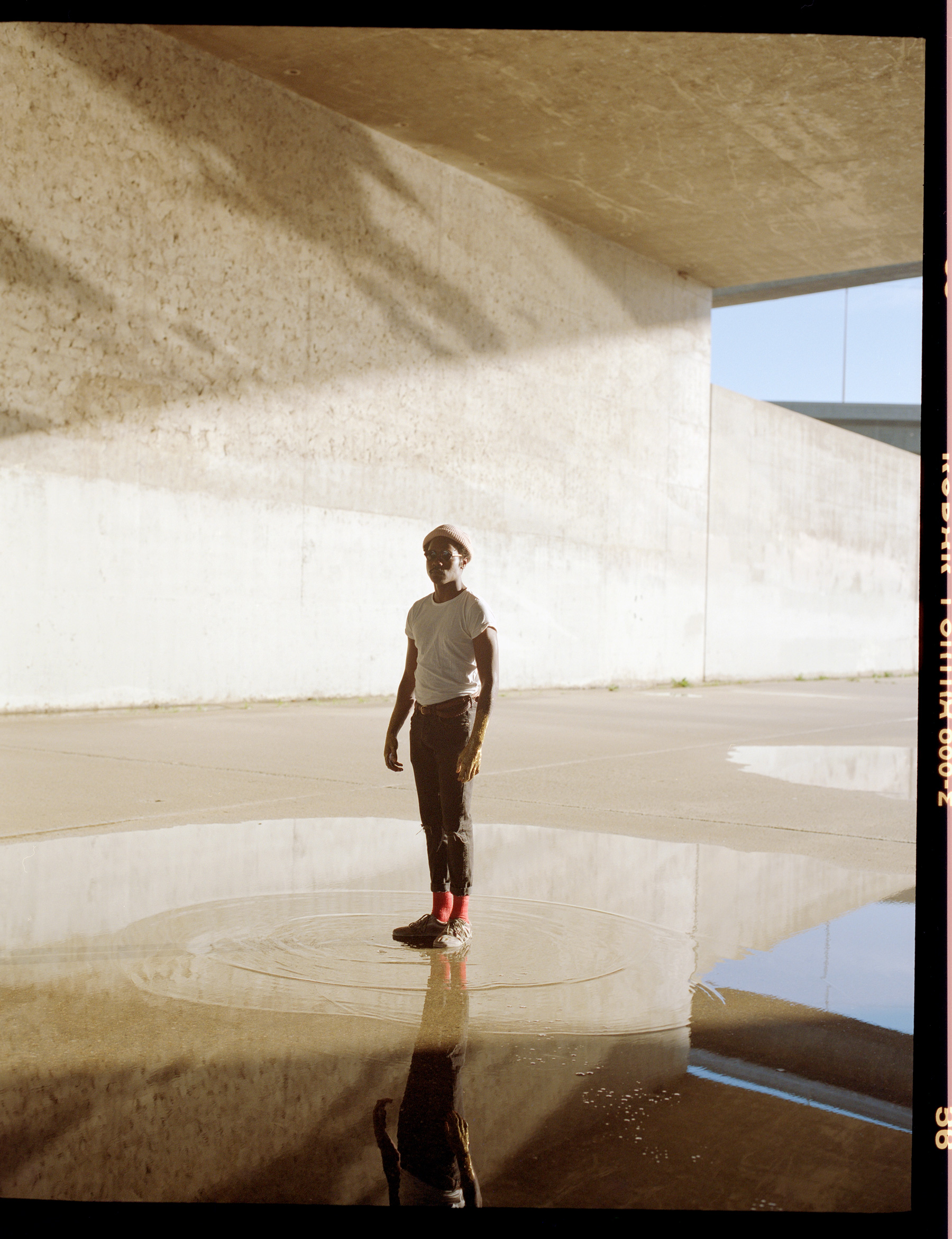 Do you have a sequence you tend to follow when working on music? “I usually have a schedule that I work on. Sometimes I just write melodies or make a beat at home, and then I book in some time at the studio and take it with me. When I make a bunch of songs I mark the ones I like and book in some more time to keep working on those. I just keep track of everything I make and listen to all of it a lot.” How do you decide what makes the cut? “Whatever feels good.”

Is the process much different when you work on remixes? “When I do remixes, I approach them as a producer first so I pretty much am focusing on making a beat. Usually I listen to the original and whatever lines I really like, and whatever the song is about, I try to expand on that idea and explain what the song means to me. Most of the time it’s also taking a record and making it more club and warehouse vibe. Most of the songs are ones that never really get played in that setting so I try to give them the energy to where they can actually get played at a house party.”

I watched the session of you and James Blake in the studio and you mentioned that with collaborations you don’t necessarily go in with an intention, but that it’s rather about the experience. Do you go into the studio on your own with the same mindset? “It’s the same when I go into the studio solo, sometimes I set intentions and sometimes I don’t. It depends if something is really on my mind then that’s my intention for that particular day. It depends on what’s going on with me and what I feel.”

How do you feel about where you are right now musically? “I feel great where I am right now. I think it’s hard sometimes as humans, we can make ourselves feel really bad about where we are right now because we’re looking at other people. We don’t really take time to introspect and take a look at what is our journey. I try to do to that for myself now. I mean, a year ago I wasn’t where I’m at right now, both musically and career-wise. I think it’s important to always be grateful for your progression. To notice the new doors that are being opened, and the new things that are happening. So as of now, I feel really great. I’ve got a lot of things that are really opening up for me. It’s an honour because I really love music a lot so I am very appreciative of being in the music world. I’m grateful for where I am.”

What would you say is your definition of personal success in the journey you are taking? “My definition is just challenging myself. With any type of work in general. it’s very easy to go towards your strengths, and not challenge yourself. When you do something you’re already good at, you get that immediate satisfaction. I’m very aware of that, so I always try to stretch myself to try new stuff out and challenge my own standards. For me, recently that’s been singing more. Making the music so that it will fit with live instrumentation. That’s what I’m focusing on right now.”

What has been your biggest lesson as a musician thus far? “Protect your energy. Protect yourself. Don’t give your number out, haha.”

Over the past decade underground music has undergone such a journey of growth where it’s become so hyper visible. Historically, house has always been politically charged by nature, and you’ve also incorporated political messages into your own music. Do you feel like house has a political role in 2020? “Well, when it comes to the messages, I mean I have my struggles as a Black man out here in America. Most of my stuff I’m not trying to actively be political, I’m just trying to be real about what I’ve been through and what I’ve seen other people around me go through. House music right now, I’m not sure actually. The role it has for me is that when for example I’m overseas and I’m at a warehouse party or a club, when it’s predominantly house or techno playing, I get a healing feeling for some reason. I feel healing. I like seeing all types of people coming together and I like people being free, being themselves. In the industry it used to be that everyone was hypersensitive on artists’ sexuality or you had to look a certain way to make certain types of music or be how you want to be. I think right now, with artists like Tyler, the Creator, Frank Ocean, Steve Lacy and King Princess etcetera, more can fully be themselves now and I love that. It’s more apparent than it was years ago. I feel like with this new decade that’s also the case, every ten years shit has to change up.”

Do you feel like you’ve had more of these healing experiences overseas, is it harder to find back home? “It just depends on where you are out here. We’ve been doing events in the house space and the type of music I play, and people come up to me and express gratitude. It’s here, but you just have to take more effort and know the right people to find it.” 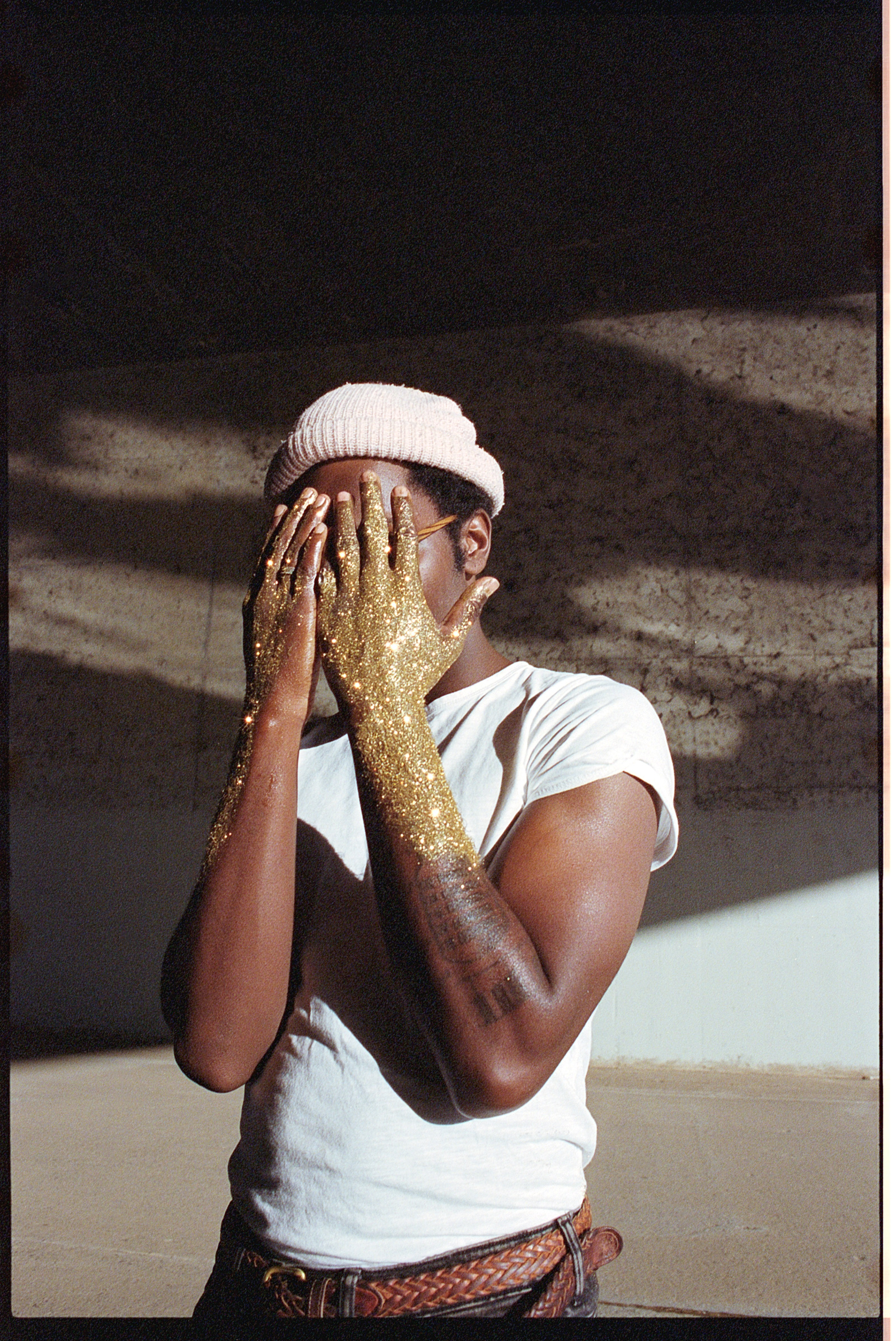 You’ve toured with a really broad range of artists from Robyn, Vince Staples, Childish Gambino to Tyler, the Creator. I can imagine these artists all have really different audiences to play to as well. How have these experiences been for you, what were the learnings from each tour? “With Robyn it was really good because it was a predominantly queer audience, that was cool because it made me be more free with myself. I watched her show every night and just seeing her performance also helped me be more free in my own movement on stage. Whatever I wanted to do was accepted by the audience, like if I wanted to be more feminine or whatever. But then playing to more hip-hop crowds, where they also liked my music and accepted it was really cool to see. It also made me want to do more songs, that made me come up with a song like “Black Moses” because I was playing with the hip-hop crowd and wanted to make something that was more hip-hop-like. You just experience different things and learn from them. With arena shows it’s so huge and everyone is so far away so you don’t feel as much, with smaller shows, around 500 people, it feels good because everyone is close. It makes me adapt my own shows too. I watch footage of myself and how the crowd reacts, you just learn as you do more shows what makes a good show.”

What have you learned as of late about your own shows and what do you want to do in your next round of shows? “Just completely surrendering to the audience and the performance. I want to add live elements to my show, that’s one of the next things I’m working on.”

What kind of energy do you feel when you have a good show? “To be honest, I black out most of the time so I don’t really know until the next day. Sometimes I’m on stage and I feel really great energy. I feel the best energy when I play my own shows where I’m headlining because everybody shows up and knows your music. But I usually can’t see myself when I’m performing so I just black out as it were.”

What can you tell us about this mix you recorded for us? “I just was at home all day and went through music. I like to start my sets off with a song that gives it its own thing, so with this one I started off with Curtis Mayfield’s “Diamond in the Back” which is just a cool song. He talks about being happy even if you don’t have all the things that people think makes you happy. Appreciating your life for what it is and being grateful. So that’s pretty much like the premise of the mix.” Sounds like your general mindset right now! “Yeah, that’s pretty much what it is.”

What are the top spots to eat in LA? “Dune is really good, they do like falafel. And then there’s this one spot called Lemongrass café, they sell really good pho. What else do I like? Dulan’s in South Central LA, they make soul food, that’s the best spot according to me.”

When was the last time you danced? “This morning. I’m always dancing.”