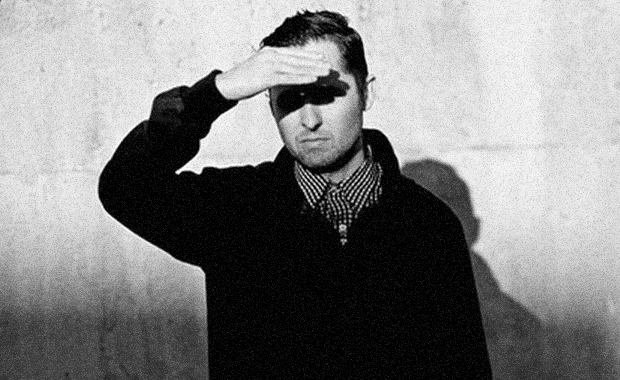 There’s no denying Canada has brought us more than a fair share of musical talent in the past couple of years. Be it the blissful and unadulterated sounds of Ryan Hemsworth to the more left-field dance floor movers of Kevin Mcphee, the amount of flourishing talent from an array of backgrounds has been an extremely exciting one to watch. Toronto based producer Graham Bertie, otherwise known as Nautiluss can be placed perfectly into that description. Working on a track with Lord Skywave of Black Ghosts fame proved to be a valuable decision as the outcome involved producing “Ultraviolet”, a dreamy, infectious slice of music, that had Untold shortly picking them up for a debut release on Hemlock Recordings. Not to be pinned down to any one sound or be pigeonholed, Nautiluss has more recently been exploring the sounds of hard hitting and rhythmically strong club tracks that saw Montreal based label Turbo take him under their wing. Fitting in comfortably with Turbo’s sound palette, Graham dropped the much praised “Alpha EP” near the beginning of the year before returning as part of the “New Jack Techno” compilation alongside fellow producers Locked Groove and Gingy & Bordello. With 2012 slowly coming to an end, Nautiluss remains relentless and a Truancy Volume and interview from the man seemed more than appropriate. Mixing the likes of I:Cube, George Fitzgerald and several juicy exclusives in the span of an hour, we’re proud to share with you our fifty-second mix. We think you’ll be playing this one a lot. Nautiluss will be playing GREEN ROOM & TURBO RECORDINGS PRESENT: NEW JACK TECHNO in Amsterdam this Friday night alongside Locked Groove and Duke Dumont, for the full line-up and information on how to get tickets, see here.

Yo Graham, how have you been and what you been up to recently? “Yo! Been enjoying that Canadian summer. Went to a cottage near Maynooth ON (sup Manooth) and spent a few days in a house that was designed by Frank Lloyd Wright in the Eastern Townships near Montreal which was a TRIP. I also wrote a new EP for Turbo during August as well as a few remixes including one for Untold and another one for Duke Dumont. Also, I broke a knuckle fighting a moose.” You’ve produced music under a series of aliases in the past but rather than focus on those, could you tell us how you came about to making music as Nautiluss and what inspired the process? “Nautiluss has basically been my main outlet for electronic music for the last couple of years. The main focus being stuff you can possibly dance to. I’ve intentionally left it very loosely defined as to not get typecasted into any one scene.”

Being based in Canada, we’re keen to learn how the hook up and process came about with working with Lord Skywave for your Hemlock Recordings release? “Simon and I met when our former respective bands toured together in the States a few years ago. He hit me up a year later when he was planning a Lord Skywave EP and was looking for instrumentals to write to.  This request also went out to a bunch of other amazingly talented producers namely Lukid, CosminTRG and Untold.  I had written “Ultraviolet” with a falsetto male lead in my head and so when he asked for a contribution, it was the first thing I thought to give him. When his EP didn’t get signed, we decided to re-pitch “Ultraviolet” as a single. In a strange twist, Untold ended up loving it and asked to release it on Hemlock. I still think it’s the best piece of music I’ve released (so far).” Carrying on from the topic of collaborations, can we expect any more in the future, be it with just vocalists or fellow producers? “I’m totally into doing more collaborations. It’s a great way to get insight into other people’s creative process as well as share your own. I’ve learned that the dynamics between any two people are always different and it’s interesting to see how each persons skill sets compliment each other. I’ve got a bunch of  tracks with some really great producer friends of mine that I really need to get around to finishing. As for working with singers/songwriters, I’m always open to trying stuff out if it makes sense. I’ve got a few songs of that nature that I’m sitting on right now and just looking for the right home for it.”

I understand you’re also trying for a more producer role with a new artist from Toronto. Could you tell us about this? “I have definitely been trying my hand at a more traditional producer role as I get older and the idea of solely relying on flying all over the place as my only means of making a living seems unsustainable and possibly depressing. It’s still something very new to me and while I am really excited about it, it is definitely a work in progress. There are a few different projects I am involved with in a more behind the scenes role right now, but I won’t really say much more than that as I’d rather have the music just come out and let it speak for itself.”

From a past interview you also stated you were aiming on releasing a full-length album early next year. Is this something you’re still aiming to achieve and can you tell us about any ideas you may have for this? “It’s still uncertain whether that will happen in the timeframe I originally indicated. The way I see it, releasing an album should happen naturally. And in this day and age, there’s no point in releasing an album unless it’s really well conceived and there is an audience for it. I’m still relatively unknown to the world at large. I would just as content to put out a bunch more EPs in the quicker time frame and do the album when I feel in the zone to do a bigger body of work. It could happen next year thought, you never know. I’m just kind of rolling with it.”

In your own productions, do you have an idea of what the track will sound like before you start working, or do you have to feel your way into the sound of the track? “I think the process has changed as time has progressed. I used to just get high and start messing around until something good came out of it. Lately I’ve been a lot more focused going in. I use different techniques to start a song: sometimes it’s drums, sometimes it’s a sample, sometimes it’s a melody or something more abstract like a color or whatever. Whatever works, really.”

Can you tell us a bit about some of the gear (children) in your studio and how they work their way into your creative process? “I’ve gone through a bunch of gear over the last 6-7 years.  It all started with a Realistic MG-1 bought for about 300$ in 2005 which is actually a great beginner analog mono synth. Limited functionality and really pushes you to learn it inside-out. I still have it. I’ve gone through a lot of stuff since then but things that have stuck around and that I use on a regular basis are the Dave Smith Prophet 08, Casio CZ series, Roland MC-202 & Sequential Circuits SixTrak. I also just put together my first modular synth and that’s been blowing my mind. For effects, I’m  a big fan of the MoogerFooger line and the Eventide Space. I’m not anti-software at all, the hardware purist thing is pretty funny to me. Personally, I quite like FM8 and the Waves plug-ins are incredible.  In fact, some of my the best producers currently are strictly software-based (Machinedrum, Objekt). That being said, I definitely like tactility and sound of certain synths and recording things in one-take that give it imperfect (human) touch which is important when you are making machine-based music. Moments in time that can’t ever be perfectly reproduced.” I understand you were a programmer at Ubisoft before taking on the role of music producer and DJ. This might be a bit of an assumption but did the use of programming lend itself in any way useful when tackling DAW’s? “Actually, the DJ/producer thing evolved in parallel with my interest in computers/programming! I was fortunate enough to have access to a PC at a very young age and learned really basic sample-based music sequencing on a shareware (free) application called Fast Tracker II while also learning how to write code. Back then was also when I got my first DJ gigs playing at warehouse parties/raves in Montreal. And yes, I would say that coding and making music share quite a few common traits. There’s never only one way to do something. You have to do a ton of it to become a master at it. Being creative helps you excel at it.”

Can you tell us about your three hour set at Panorama Bar? I heard it was quite a special one for you. “I mean, most people have heard about how legendary that place is but it’s really another thing to be invited to play there. I felt as if my 15+ years of DJing were just a warm up to that night. There’s really no words that will do it justice. Just know that it was BY FAR my best experience as a DJ and that I feel honored to have been asked to play and can only dream until next time.”

A while back you linked to a track by Urfaust on your Twitter, I think more people need to know about those guys! Can you tell us a little bit about your connection to the band and possibly some similar acts that you’ve been listening to lately? “I just came across that song digging around for inspiration as I have had a fascination with the black metal scene after having come across it in Scandinavia and elsewhere. I haven’t heard much that compares to that particular song though. Ambient black metal songs are definitely a tiny subset of the genre. But when they are done right, they are truly beautiful.” And what are your top five tunes to pull for on the dance floor at the moment? “Anything Daphni/Caribou. Anything Shed. Julio Bashmore’s “Au Seve”. Duke Dumont’s “Thunderclap/The Giver”. Hrdvision – “Prettier Than That”. This new unreleased Machinedrum stuff.”

What can we expect from you over the last remaining months of the year? “My next Turbo EP entitled “Habitat” is coming out on October 22nd. I’ve remixed Untold’s “Breathe” for an upcoming Hemlock compilation coming out in November. Trying to sign another EP right now which is generally more melodic than what I’ve been putting out on Turbo. Probably a few more remixes. Maybe a few of those collaborations if I can get around to them.”

And finally, when was the last time you danced? “The last time I danced was last weekend at POP Montreal during my set. Never trust a DJ that doesn’t dance!”