An enterprising spirit that rose to prominence through the world of experimental club music, Air Max ’97 has streamlined his sound and renewed his focus the last few years. Part-in-hand to the time he’s put into the curation of his label DECISIONS, the release of his debut album Nacre last year also proved a pivotal achievement in terms of distilling his new ideas into something succinct and impactful. With Batu recently tapping him up for a 12″ on Timedance, he seems to have found a perfect stride working within the realms of functionality, groove and  sound design. We caught up with Oli to discuss the geographic immersion of his debut LP, his collaborative productions with AYA, the output and experience of running his own label, and his pop-sensibilities from working on music with Don Sinini. His Truancy Volume, which he describes as being a faithful representation of his current club sets, uses DECISIONS material as the core foundation of the tracklist. Shifting tempos, rhythmic patterns and thick textures into an hour long mix, it’s a mind-bending trip shelling through all sorts of club flavours. Take note of the Tink edit near the beginning and a throwback gem courtesy of MMM.

Hey Oli, thanks again for recording this mix and answering some questions! Just thought we’d start by asking about your debut album Nacre on DECISIONS last year. The album promo talked about having profound geographic and emotional immersion, having been recorded and mixed across three cities. What did you want to get out of this album when you decided to make it? Did you know prior that you’d be on the road as much? “I realised I was accumulating sketches that strayed from the functional qualities I focus on in my EPs, and I was inspired by some of my friends making albums, like Ziur. It became a very introspective, accretive process, kind of taking stock of what came before and gesturing to the outer reaches of my sound. I respond to music in a very instinctive and emotional way and this is a big part of the way I write, so it’s difficult to put into words. That’s the emotional immersion part. I did know I’d be traveling a lot, during that period I was more or less chasing summer, with some tours in between, trying to figure out where I needed to be. Working on the album was probably a therapeutic constant while so much change was going on around me.”

I was reading the mixdown process itself took as long as the creation of the album. Is this something you purposely wanted to focus a great deal on? “I ended up spending 6 months in Mexico City because my partner was studying there for a semester. I was fortunate to play some shows and we traveled quite a bit together in Mexico, but for the rest I had a lot of time to mix the album. I’m quite self conscious about my mixes, as I’m totally self taught, so I wanted to make use of the extra time to get it all as cohesive and juicy as I could.” 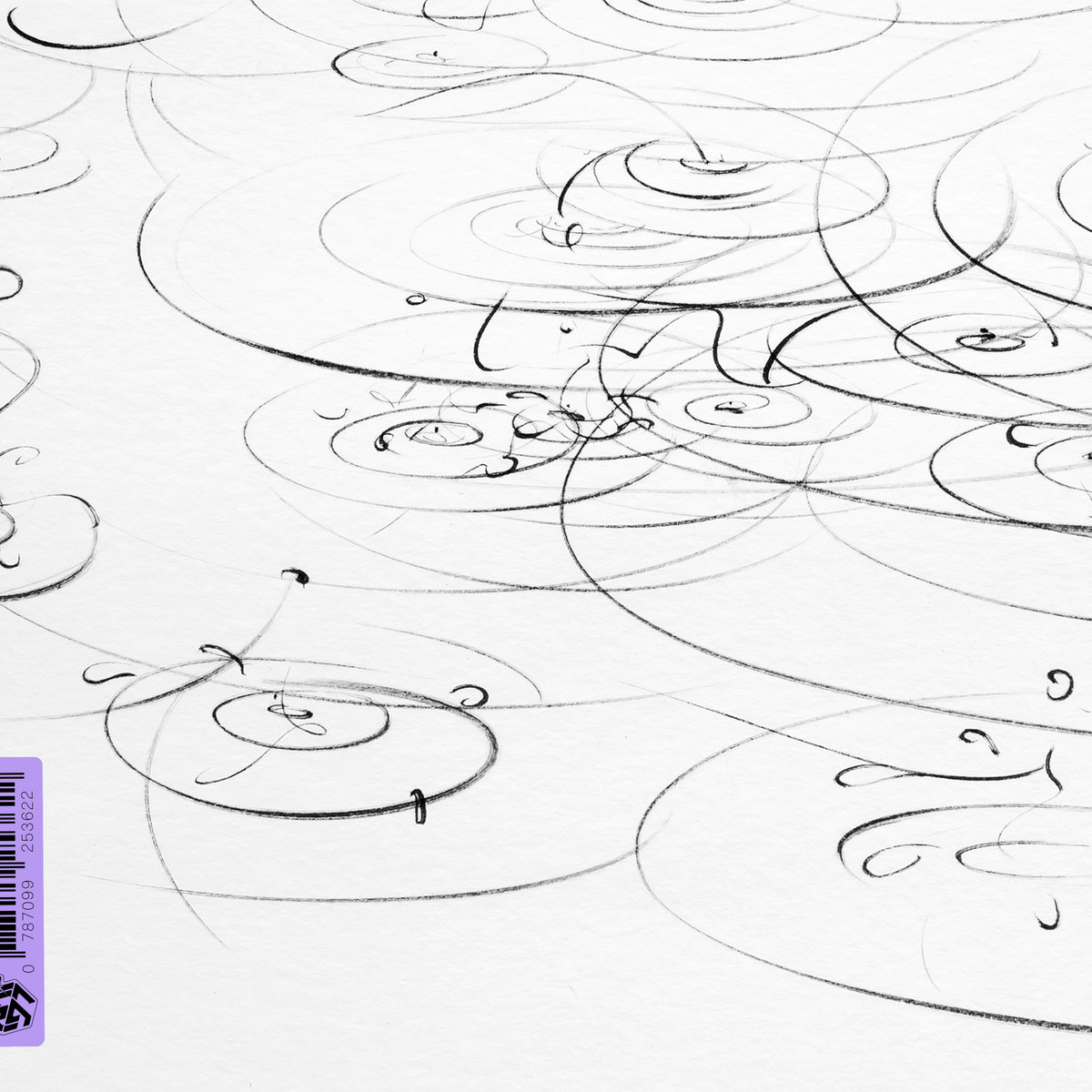 In a past interview you talked about the album almost feeling like a cohesive purge of tracks for you? How much extra detail went into trying to put something together for an album format? Was it difficult at all to get out of singles/12” mindset? “The change in mindset was what I needed at that point, it was actually really nice to go through my archive of material and realise there was a lot that had fallen through the cracks that would make sense as part of a larger sound world. I think it has given me a clearer sense of what I want to achieve with shorter projects going forward.”

Can you tell us a little bit about the A&R steps you’ve taken when running DECISIONS in terms of putting out music. You’ve given debut releases to a number of producers, from waterhouse, DJ Plead, SCAM, Jikuroux and Tendryl. With many of these releases exploring individual themes of say bacteria and molecules, contemporary social systems, or perspective of the ‘Automatic Computer would you say you approach these releases with a level of flexibility? What’s the conversation like prior to confirming a release for you too? “I started DECISIONS to be self-reliant releasing music. I then realised I had so much amazing unreleased music around me, often by close friends, that I thought should see the light of day, and I wanted to extend my small platform to those people. Over the years I’ve been pleasantly surprised by how the output of the label kind of draws like-minded people out of the woodwork, and every now and then someone will send me music that I fall in love with and have to put out, even though we don’t accept demos per se. The A&R process is pretty organic. To me a successful DECISIONS release is one where the artist is as satisfied as possible with how it sounds, looks and is conceptually framed. Some artists are very self directed and others are more open to my input.”

I love how you made a conscious effort not to make the artwork a serialised format but from looking at them all together on the DECISIONS website can you can tell how carefully curated they are. With a lot of the artwork coming from different artists and designers, and often in collaboration with yourself what’s the step by step process on coming up with a final piece. I really loved the Kim Laughton for example. “Thanks, that’s a nice thing to say. I’m a very visual person and have always been obsessed with cover art so it’s one of the most fun parts of the process for me. I’ll arrive at a loose vision for the artwork in dialogue with the artist and then figure how to make it happen, whether it’s me making it or finding someone else to work with. I feel really lucky to have that cover by Kim, I’ve been totally captivated by his work since his Lit City Rave flyers, and I think we have very complimentary tastes so workshopping that one was really fun and easy and I was blown away by the outcome.”

Do you feel you’ve accomplished what you initially set out to do when wanting to start DECISIONS? Have news goals and things you want to achieve popped up as the label progressed. “I’m pretty happy with the way the label is running! It is a lot of work but it’s super rewarding when I get positive feedback from people I’ve worked with or people who follow the label. I’d like to do more label showcases, and perhaps set up some kind of publishing partnership.”

We’ve been loving your latest record on Timedance. Can you tell us how the two tracks came about and how things progressed into Batu picking them up? Did he have any input or comments into how he felt the tracks might want to sound? “Omar first emailed me when I was living in Mexico, which was a bit surprising but also very validating because I really respect everything he does. After I got the album out of my system it was exciting to get back into making more functional dance floor stuff and seeing if I could write tracks that would make sense for Timedance. It took a long time and a lot of demos but Omar finally picked those two and gave some really thoughtful input on the mixdowns and arrangements. The specificity of the feedback made it easy to incorporate and definitely made for better final results. It has honestly been such a pleasure to work with him and I love the artwork Harry Butt made for the record, it has been an ideal experience of working with other people after releasing my own music for so long.” 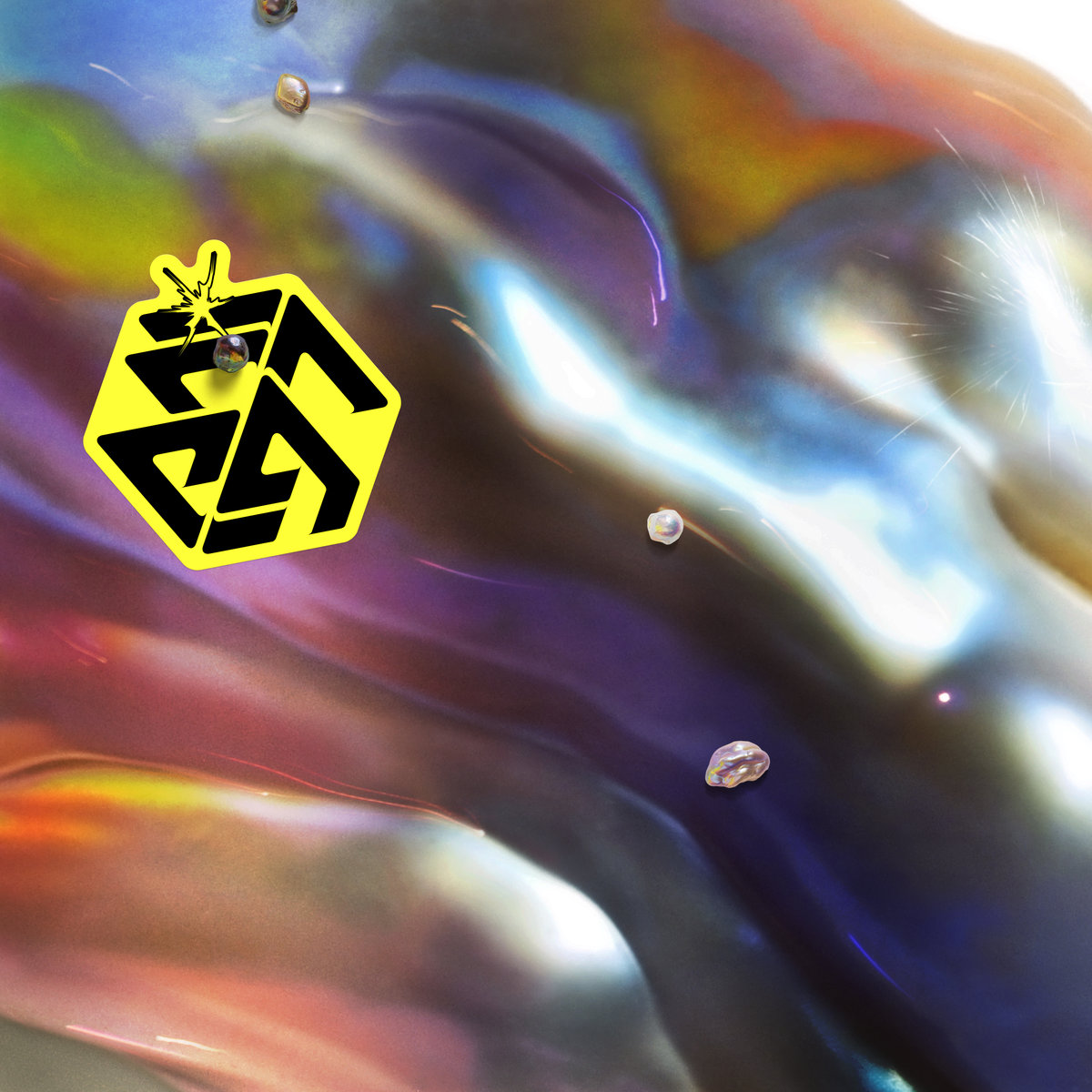 Can you tell us a little bit about your work with AYA, how did you two get together to make some tracks? I hear you have some forthcoming music in the pipeline. “OMG I love Aya. I’ve been obsessed with her music since her Ariana Grande and Kylie edits, and she is such an amazing performer and human being. When I moved to the UK we were finally able to meet face to face, and now whenever we’re in each other’s cities we try to schedule in an extra day or two to write music together. I feel very shy making music alongside Aya because she runs circles around me in terms of production ability. I learn so much. But we have a very complimentary interest in improbable club music and polyrhythms and baroque sound design, and I think we both enjoy letting the collaborative process be a bit less hung up and microscopic than our own solo productions. We just finished a joint EP that will come out in 2020 on a label I really like. We were booked to play B2B together in Madrid for Dialektik recently and it was one of my favourite shows this year, if any promoters are reading this we’d love to do that more often!!”

What can you also tell us about your Backlit project and producing more pop orientated productions for Don Sinini. Where would you like to see this alias progressing? “Pop music was my first love so it’s a life-long goal to work in that space. Backlit is kind of the inverse of my other project, I try to put my production in service of the vocalist and come up with stuff that they feel best represented by. The process involves a lot of new challenges for me but it’s always so thrilling to get beats back with vocals on them. Working with Don Sinini is a lot of fun, he is so talented and we have a good creative dynamic. I also made a track with a vocalist from Hong Kong called QQBABYGIRL, I’ve got material in the works with a South African artist I’ve followed for a long time, and some rap stuff with an East London MC. I want to continue working with talented vocalists in a production and co-writing capacity. My dream is to hear one of my Backlit productions coming from a random car driving past. Hasn’t happened yet haha.”

Can I ask how you’ve learnt to become a better producer on an everyday basis. I read you’re currently very interested in the audio engineering/mixdown part of producing. “Books, trying to figure out reputable sources online and then studying them, reading lots of interviews and watching lectures, picking stuff up from people I work with, and quizzing engineers who really know their stuff and are willing to put up with my questions like R.O.S.H., Andrei Eremin back when I lived in Melbourne, my friend Atro, etc. My favourite recent thing I found online was this lecture by Jeff Ellis.”

What can you tell us about the mix you’ve recorded for us. Any particular theme or direction you decide to take and are there any producers or tracks from the mix you want to shout out? “I made DECISIONS material the foundation of the mix and built the rest around that. So there is something from the most recent Cop Envy & DJ Plead EP, plus forthcoming stuff by Laughing Ears, Yre Den and Atro. The mix is pretty faithful to my club sets, trying to make some fun left turns in tempo and texture with old and new music by artists I love.”

Last usual question from us, when was the last time you danced and what was the last thing to put a big smile on your face? “The last time I danced was in the studio on the weekend mixing down the EP with Aya. I had a family dinner last night with DJ Plead, Cop Envy and DJ Logic and we had some good laughs. DJ Logic made an amazing Burmese curry.”