Patrice Scott’s deep, soulful, techno-tinged brand of house music has seen admirers gradually flock to his music and sets over the years. Although a late bloomer in getting his own music out, Scott has a long history within Detroit’s clubbing world – his first paid gig was warming up for Jeff Mills back when he used to be called The Wizard. As he gets to release a new record on Sistrum called ‘Moment & Concepts’, we caught up with Patrice to talk about making hip hop and Neo soul, flying to Berlin for his first overseas gig at Panorama Bar, and some of the defining people who have contributed into getting to where he is. Scott has deservedly risen as one of the best DJs to come out of Detroit and his Truancy Volume sums up years of unwavering focus and an artist pushing deep, underground house to its most absorbing and otherworldliness. Spanning tracks from Trinidadian Deep, Wajeed, Ron Trent, and Freestyle, this is a mix loaded with personality and house history.

I wanted to talk about some of your recent releases. With you releasing so much of your own music on your own label, what makes you decide to put music out onto another label? The Sounds Of The City record from the beginning of the year comes to mind. “When I decide to put out music on another label it is solely based upon the relationship I have with the owner of the label. Obviously it’s not about hype or trendy shit. I like to work with people I feel good about as a person or if we don’t know each other that well I still have a good, positive vibe about that individual. If that’s in place the other things don’t matter too much.”

Then there’s your hot off the press Sistrum release “Moments & Concepts” that’s starting to trickle out onto the web at the moment. Really interested in hearing about about the making of the B2 track “A Song For Mia” as correct me if I’m wrong is your first time putting out a low-slung hip hop number like this. “Moments & Concepts is in the promotional stages at the moment. The official release date will be Oct. 22, 2018. The B2 track is a dedication to my girlfriend Mia. This will be the first time I have released a track of this style. I also have a release coming out soon on Second Hand Records out of NYC and the B2 is a hip hop/Neo soul type of vibe. Just giving the world a taste of some different styles.”

Where do you get the inspiration for tracks in this manner? Had you been making this sort of music privately for a while? “I have always been inspired by hip hop and as well as other genres of music. I have made hip hop tracks for years and never shared them with the general public but now the time has come. Stay tuned for more!”

Staying on Sistrum for a second, can you tell us a little about Alton Miller and how you came to releasing his new track ‘All The Little Things, it’s just a beauty that one. When did you two first get a chance to meet? “Alton and I met in Detroit and have known each other for over 20 years. He actually helped me set up my first analog gear I purchased back in the late 90’s. I have always been a big fan of Alton’s music and so I asked him to do something for the label. He sent me “All The Little Things” and I was blown away! He suggested I remix it and this turned out to be a fun project to work on.”

Can you tell us a little bit about the story of how Sistrum started? “I had been experimenting with making music years before Sistrum came into the forefront. I sent music to many labels but they always were advising what I should do different to the music, this and that, which became very frustrating. Finally I decided that the only way to do it my way was to start my own label and release the music myself.” 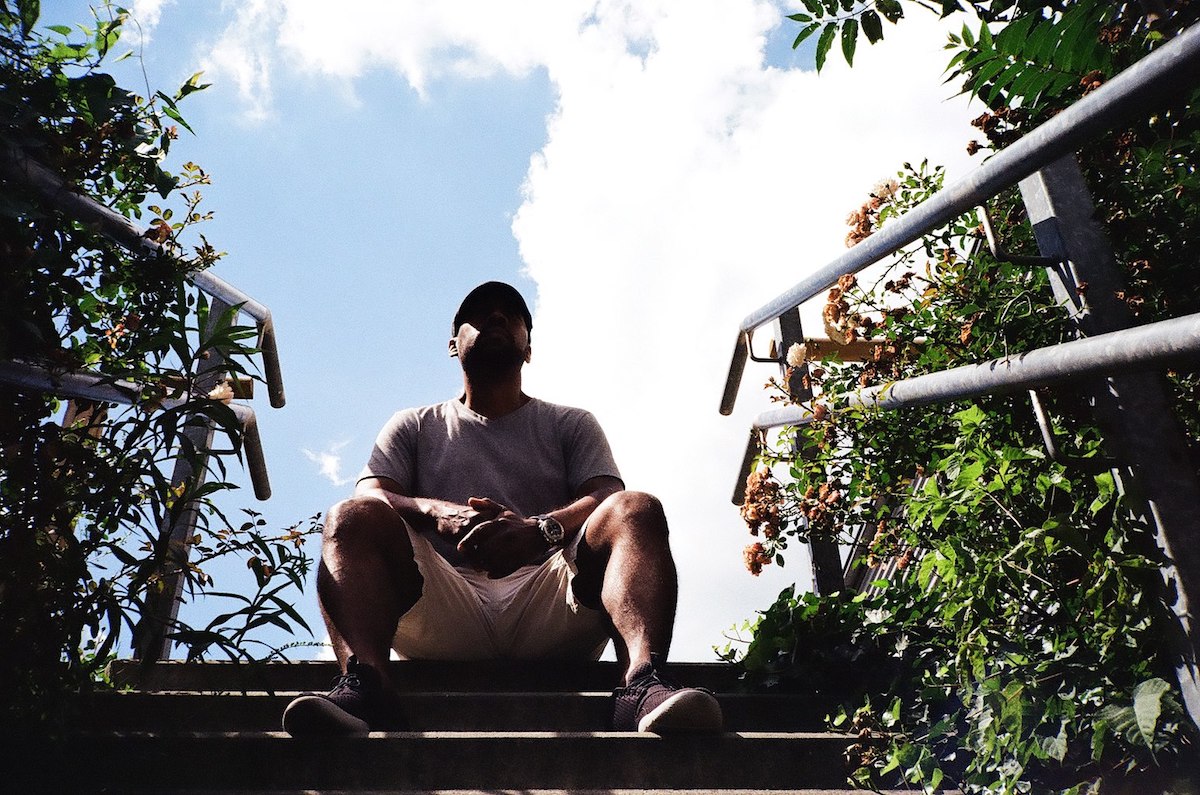 In a past interview talking about your debut album Euphonium The Album you mention that although you intentionally geared it towards the dancefloor, there was a lot of stuff you wanted to express with it that you didn’t end up doing. What direction do you think you would have taken the album if it wasn’t meant for the dancefloor? “I would have released more neo soul, hip hop and jazz on the album.”

So going a bit back for a second, are there any defining people that helped you or contributed into getting to where you are? “Yes, my mother! She has always encouraged me to be the best I can be at whatever I try to achieve in life. Never half ass shit! If you are going to do something then go all in 100% or don’t do it at all.”

Your first paid gig was warming up for a certain famous DJ who used to be called The Wizard. That must have been a great experience for you at the time? “Yes, I was about 16 or 17 and my friends and I use to throw gigs in Detroit and we had The Wizard (Jeff Mills) as our guest DJ at that event. Although at that time he was not known on a worldwide level like he is today he was definitely a big time DJ in Detroit who everyone knew and respect from being on the radio and providing quality music and great DJ sets.”

What can you tell me about the Amsterdam Lounge in Windsor? That was your first residency correct? “Yes, this was the first time I ever had a residency. It was with my good friends Reggie Dokes and S’Akhu. We played at this venue a couple times a month and it was always big fun with open minded people who wanted to hear good music.”

What was the reaction to your music like the first couple of years since your first record in 2006? Did it feel like your rise came in one massive wave or was it a gradual rise? Was there a huge support from Detroit and DJs from overseas? “From the very beginning there has always been a positive response to my music but I have to say its been a slow and gradual rise. This story is definitely not a hype or overnight sensation, which I don’t mind. Anyone who follows what I do or is a fan of mine knows that I have been steady and consistent over the years. No one hit wonder shit. There has always been support from my Detroit peeps as well as others worldwide and I want to take this moment to say thank you!”

Speaking of overseas what was your first gig outside of the US? Can you tell us about that experience? “My first gig outside of the U.S. was back in 2007 at Panorama Bar in Berlin. For my first gig overseas it was a mind blowing experience to say the least. I was totally unaware of the European culture and the all night to morning parties. When I was told I was playing the 6 to 9 slot I thought I was playing in the evening and when I was told it was 6am to 9am I was in total shock [laughs]. Clubs in the States normally close at 2am.”

What can you tell us about the mix you’ve recorded for us? “For this mix I just recorded a few new tracks that I am digging and some stuff that has been out for a while. I dropped some new joints by Trinidadian Deep, Wajeed and Ron Trent, a few of my favorite producers. Shouts out to them for keeping it real as always!”

What does the rest of the year hold for Patrice Scott, can be musically and non musically? Any gigs you’re particularly excited about? “There are a few things I am looking forward too. I will see Roy Ayers in concert in Dec which is always exciting. Gig wise, I am playing in Montreal which is always fun, I have a gig in Detroit with Osunlade, a few upcoming gigs in Europe and for the first time I will play a couple shows in Colombia which should be dope!”