It’s hard to believe it’s been three years since Flørist debuted his atmospheric, jubilant rhythms on the acclaimed EP, Phenomena. In that time he has honed his signature sound, releasing two more dance records featuring cheeky vocal samples, fluid synths and ecstatic percussion. Flørist’s organic and optimistic approach also translates into his artwork and DJ sets, where he creates unexpected experiences through colourful collages of texture and sound. A mainstay in the Vancouver scene as a DJ, producer and graphic designer, with numerous artwork credits and a release on Pacific Rhythm, Flørist has also worked with the Glasgow label All Caps and Washington, DC label World Building. Despite just a few releases, Flørist has kept busy DJing internationally, where his imaginative sets meld deep house with folk, techno, trance, breakbeat, electro, experimental and beyond, for irresistible dance bliss. His Truancy Volume mix is no exception, in which Flørist touches on everything from Deep Dish to Roza Terenzi to A.T.R.O.X., for a stunning expedition of sound.

Hey, Logan! What have you been up to lately? “Hey! I recently returned from a truly remarkable month in Australia and I’m still recovering. Currently preparing for a few shows at home and then in Mexico City with Regularfantasy.”

Any artists you’ve been particularly enjoying recently? What was the last record you bought? “Too many to name—everyone I’ve played with over the past several months. I’m endlessly inspired by how much new and amazing music is out there all over the world. I try to fit new material I enjoy into my monthly(ish) show on No Fun Radio. I also recently came across this lovely Javier Bergia record Tagomago I’m in love with, and have been digging into the Deep Dish back catalogue.”

What are your first steps in creating a track? What is your ideal environment in which to make music? “My first steps are to struggle with live jams and tweak a drum kit for about 6 months on an overheating 2010 Macbook Pro while thinking about what kind of music I really want to make (like in the grand scheme of the universe) until some kind of miracle happens. Ideal environment? I’m still in search of that, but impromptu has always been a comfortable place.”

How do you go about selecting the vocal samples for your productions? Do you have any specific musical eras or genres you return to for inspiration? “I try not to think about it too much. My selection of vocal samples has been pretty intuitive—like the sound just gives me a feeling and I go with it.”

Do the vocals motivate the tone of the track or do you prefer to decontextualize them? “It’s a bit of both. I think I’m recontextualizing the vocals in a different world from where they were created. Maybe the use of vocals is a bit over the top and I’ll give it a rest for a while.”

What is the intention behind using ominous references in some of your track titles despite the music’s upbeat energy? How prominently do politics play into your work? “One of the best things about music is it’s power to get people together—that’s political. I try to make fun and unpretentious dance music that everyone can enjoy. For the track titles…I just like to play with words.”

Who or what inspires your graphic design work? Do you prefer to create designs related to music? “There’s a rhythm to designing and composing things, whether it’s intended for the eyes or ears. I do make lots of designs related to music—that’s partially because it’s close to what I know about and what lots of my friends are involved with. But even if I was making corporate logos or something there would be some ‘musical’ element to it. It’s inescapable.” 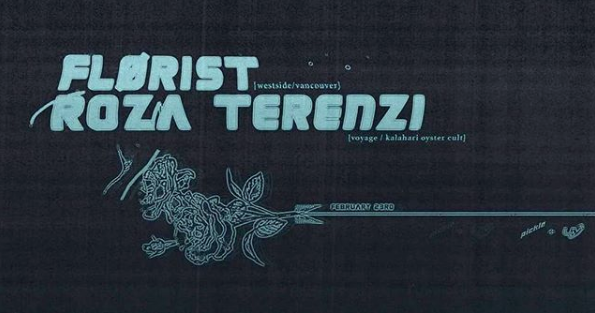 What is your favorite city to visit? What about it appeals to you? Are there any venues you particularly like to DJ in? “The more places I visit, the more I feel it’s impossible to have a favorite. I have had the great opportunity to play some pretty exotic dancefloors, bars, nightclubs and patches of grass over the past little while. It’s never the venue that makes the party—it’s the people. That being said, Nowadays in New York was something really special. Also I love a good house party (shout out Tacoma).”

In what ways have you seen Vancouver’s music scene change since you started releasing music? “There’s lots of new faces and different crews doing their own parties and starting projects in addition to the older camps, and there’s lots of crossover. It’s refreshing.”

Have you been working on new music? Any plans for upcoming releases? “I pretty much took last year off from making music for various reasons (with the exception of 2 remixes dropping in the next few months). Can’t give away any details on the remixes or upcoming releases but their arrival is imminent.”

Anything you’d like to add about the mix you’ve made for us? “Thanks for inviting me to make a mix! And Sven Väth is my hero.”