Hailing from Springfield, Illinois, Justin Cudmore has over the years found himself situated near or in some of electronic music’s most influential cities. Making regular trips to Chicago for SmartBar whilst at university a short distance away, Cudmore then packed up for New York, a move he initially thought wasn’t for him. Since relocating to the city in 2011, Cudmore eventually found himself forming a close-knit friendship between fellow DJs Mike Servito and Gunnar Haslam, a Brooklyn trifecta that’s since turned to b2b DJing as a collective under the name ‘Hot Mix’. As a steadily rising producer the last few years, Cudmore has released a steady handful of records on labels such as Honey Soundsystem’s label offshoot HNYTRAX as well as The Bunker New York and Interdimensional Transmissions. His music and style of DJing, a combination of high energy acid lines and addictive party techno, has elevated him and his ‘Hot Mix’ peers as sure party-starters. We caught up with Justin to discuss his early cassette listening, his regular visits to Chicago for SmartBar and how he ended up DJing in a collective trio with Mike Servito and Gunnar Haslam.

Hey Justin thanks for taking out time to answer some questions. In a past interview it mentions that as kid you were  gravitating to more ‘weirder’ cassettes and CDs found in your parents house. Can you go into details on some of the music these cassettes/CDs contained?  “I think I was referring to the fact that when I was in grade school and junior high I didn’t listen to popular music. I was kind of a weird kid and didn’t have many friends. What was on the radio never interested me. The music I did listen to were things like movie soundtracks, disco comps, or 70’s rock cassettes I found in my garage that were my father’s. It wasn’t until high school that I got into current music and by that time I think it was mostly indie rock. By college, I played a lot of catch up and dug back into everything.”

Who were some of the first people to school you in vinyl and turntable culture then? Where about’s on the timeframe was this? Any particular artists or tracks that stand out for you from this time? “I met a friend named Jeff when I was 18 or 19. He was an old midwest raver and we crossed paths in the town where I went to university. I would go over to his apartment and he’d show me how to spin records and he was the first person to show me around a proper studio. I remember we bonded over artists like Cobblestone Jazz, Mathew Jonson, Wagon Repair and Minus.”

What can you tell us about your history with Chicago and more specifically SmartBar. From what I’ve read, you started making frequent trips to the city to attend parties whilst at university in Champaign, IL? “Yeah SmartBar was pretty formative for me. Starting at 21, my friends and I would make pretty frequent trips north to the city to see shows. I remember even escaping during the week to drive up then drive back home to catch class the next morning. Once I got a taste I was hooked. Getting lost on the floor was exactly what I was looking for at that time.”

This may seep into question before but how did you go about meeting Steve Mizek? Some people may not know you used to help out over at the now defunct Little White Earbuds, as well as contributing to their mix series from time to time. What can you tell us about that time in your life. “After university I moved to Chicago and began going out almost every weekend. One night when I was out I ran into Steve and we started chatting. That was an interesting time for me as I was living alone in a big city for the first time. I had also just recently came out to my family which was tough and permanently changed my relationship with them. Finding Steve, LWE and a new collective of friends in the Chicago underground helped me find a new kind of family when I needed it most.”

You changed locations again in 2013 and moved to New York, where you’re still currently based but you weren’t always so convinced on staying on the city when you first got here. Can you explain why and how the city went about changing your mind in the end? “Yeah when I first got here I didn’t think it was for me. I was turned off by the crowds and excess. But just like with any city I gave it some time and I grew to find my niche, learned to love my neighbourhood, and met some amazing people. New York has turned out to be so influential in my growth not only as a musician/DJ but as a person. I found who I really am here and became an adult. I’m not sure I could live anywhere else.”

It seems like you’ve made to trip to Detroit for Movement a yearly affair for a while now. Getting to go to No Way Back this year, it really hit how parties like this have influenced that acid sound people like you and Mike Servito and a bunch of other US DJs have been pushing. Am I right in saying these Detroit trips have developed your sound? “I think it’s a combination of going to Movement for the last 7 years but more than that I think it’s living in New York. The scene here, especially in the last few years, is incredibly strong and diverse. My favourite way to learn how to make music is to go listen to it. And that’s very easy to do here.” 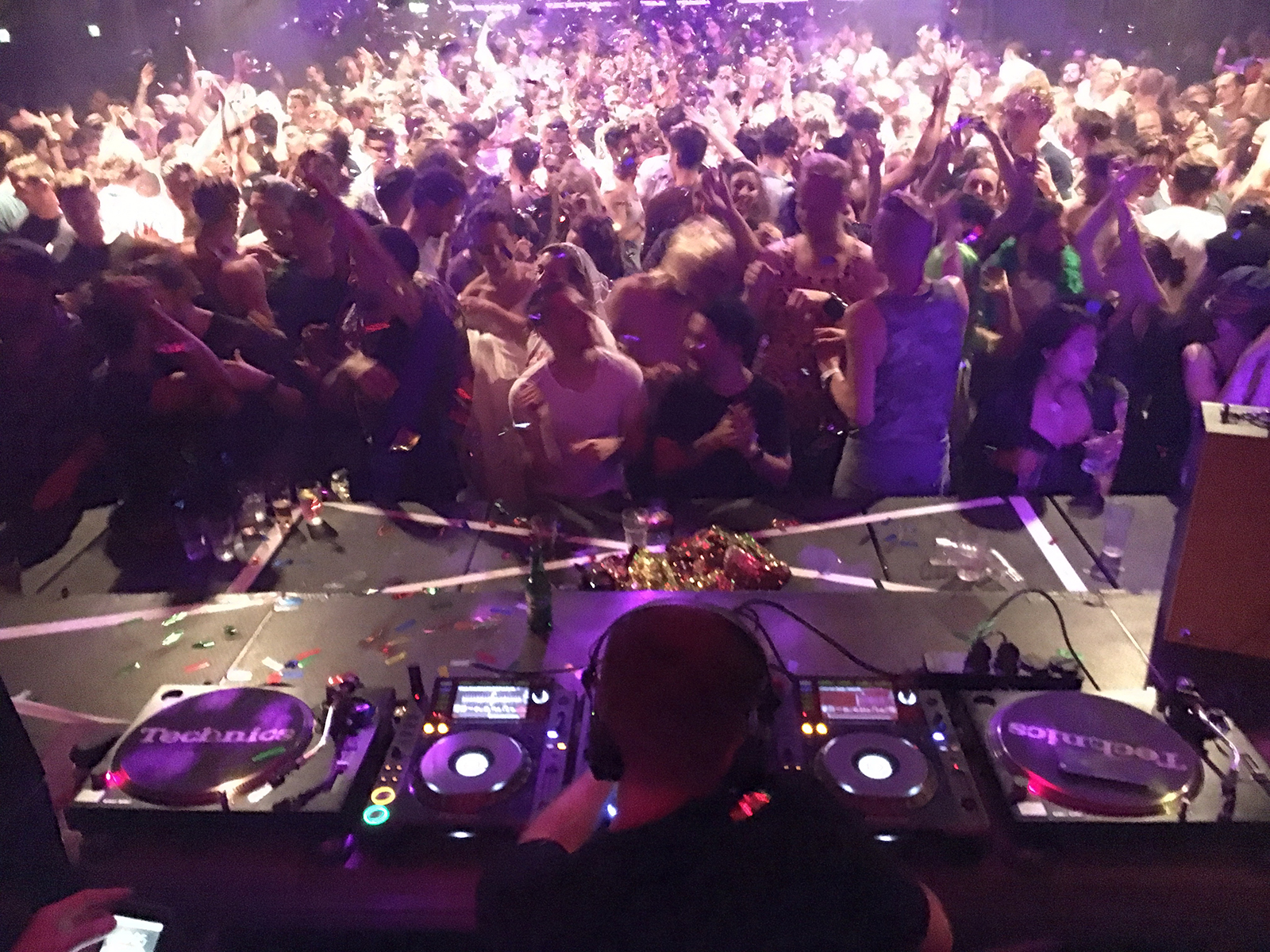 Where does your foray into production fall in on this? Your first record came out in 2016 but had it been a while before since you first started trying a go? “I’ve been a drummer since I was 7. And started working in GarageBand writing my own songs in high school. It wasn’t until university that I got into dance music and began writing tracks with Reason. I think by 2009 I bought my first license for Logic and that’s still what I work in. My Honey record came out in 2016, but I was always making tracks at home before that. I would come home and tinker and try to recreate my favourite songs. It took people like Mike Servito and Gunnar Haslam to hear what I was always working on at home and give me the confidence to believe in it and share it.”

Things seemed to really pick up for you after that ‘Crystal’ single on HNYTRX. Can you tell us how that came about. Had you met the Honey Soundsystem guys at one of their parties prior? “I had met the boys a few times in passing when they played in New York. But the big moment was when Mike played “Crystal” at Folsom in San Francisco and all the Honey boys were there. That got them interested, then Mike came back home and we had the idea for a remix. We sort of put the whole package together and then presented it to them.”

Let’s talk about your DJ supergroup ‘Hot Mix’ too which is you Mike Servito and Gunnar Haslam. First off how did you guys all meet, and how did the name come about? “Hot Mix came together pretty naturally at the same time as the Honey record. We had started to play together at Good Room and Bossa Nova. Mike is at the top of his game, but I guess he saw something in us kids. When playing we noticed our styles were similar – we liked to mix quickly and switch tracks often. Sometimes when there was a nice drop in or quick transition, Mike would yell “hot mix!”. I think that’s how the name came about :)”

What can you tell us about the mix you’ve done for us today? “Collection of tracks I’ve come to admire over the last few months. I challenged myself to do something a little more restrained but still me.”

What else can we expect from you for the rest of the year? “I have a few remixes coming out this fall. I’m also busy working on new music–trying to finalise the next records. Gig wise I’m super stoked to play Sustain Release next month, and then for most of November I’ll be back on the road in EU.”