Our first Truancy Volume of the year comes from a DJ and label owner, whose name has conjured up a strong connection to London’s music scene over the years. A previous host and programmer at Boiler Room alongside close friends Bradley Zero and Charles Drakeford, as well as being a close affiliate to Young Turks, Nic Tasker has carved himself a reputation as one of London’s most hardworking and in-demand selectors. Moving on from Boilerroom around two years ago, Tasker’s main attention since 2014 has been his label Whities, which saw its best year yet in 2016, releasing list-topping records from past Truancy Volume mixes Avalon Emerson and Minor Science as well as Reckonwrong and Quirke. We caught UP with Nic to discuss his ties with London, Whities’ past and future and some of the surprising, weird and exhilarating places he’s been able to play at.

Hey Nic, thanks for taking time to do this mix for us and answering some questions. Just want to go back a little because from researching there doesn’t seem to be many interviews with you online unless I’m mistaken? Just wanted to ask because as artists goes it seems you’ve always had big ties with London, having worked at Boileroom, Young Turks and been a regular at NTS from the start. How far back does the London/music connection go for you? Was the idea always to get into music from a teen or did you fall into it? “I’ve lived in London my whole life so that connection runs deep. Music has always been really important to me, but that’s true for most people I’m sure. It’s only as I got older that it became apparent it could be a career. I started djing around 2008 in bars and shit clubs around London, then a few years later I started working at Phonica and got an internship at Young Turks. That was a foot in the door and not long after I started helping out Thristian on NTS with his breakfast show. Thris then brought me into the fold at Boiler Room, where I was programming shows and hosting for about 4 years.” Any particular stand out musical moments pre-2010 for you? “My brother used to play a lot of garage records, he was a bedroom garage DJ. He also brought my attention to pirate radio, which probably wasn’t as big an influence as I’d like to pretend it was because I was only ten or eleven, but it did open my eyes to this new and exciting world of what music could be.”

Moving onto Whities as you deservedly ended up in a lot of best of lists for 2016. How planned out was the label at the time of starting it and do you feel you’ve accomplished what you set out to do when you started the label? “To be honest, I didn’t really have much of a plan initially. I just knew that I wanted to start a label and that it was a natural next step. I wanted to be adding to the conversation rather than just documenting it.” Can you tell us a little bit about how some of the releases and relationships with some of the artists came about? You seem to have built a very close knit family of producers by this point. “It’s a mix but generally it’s a case of me hearing their music, liking it and getting in touch. Reckonwrong I heard about because he used to live with Minor Science in Amsterdam and with Terron, they just gave me a CD at Boiler Room. I’m always hounding people to hear what they’re working on! A close knit family, that’s nice to hear. Working closely with artists is definitely something I’m into. I’m interested in helping new artists grow alongside the label and sharing experiences together. That’s something I’ve picked up from Young Turks and the relationship they have with their artists.” 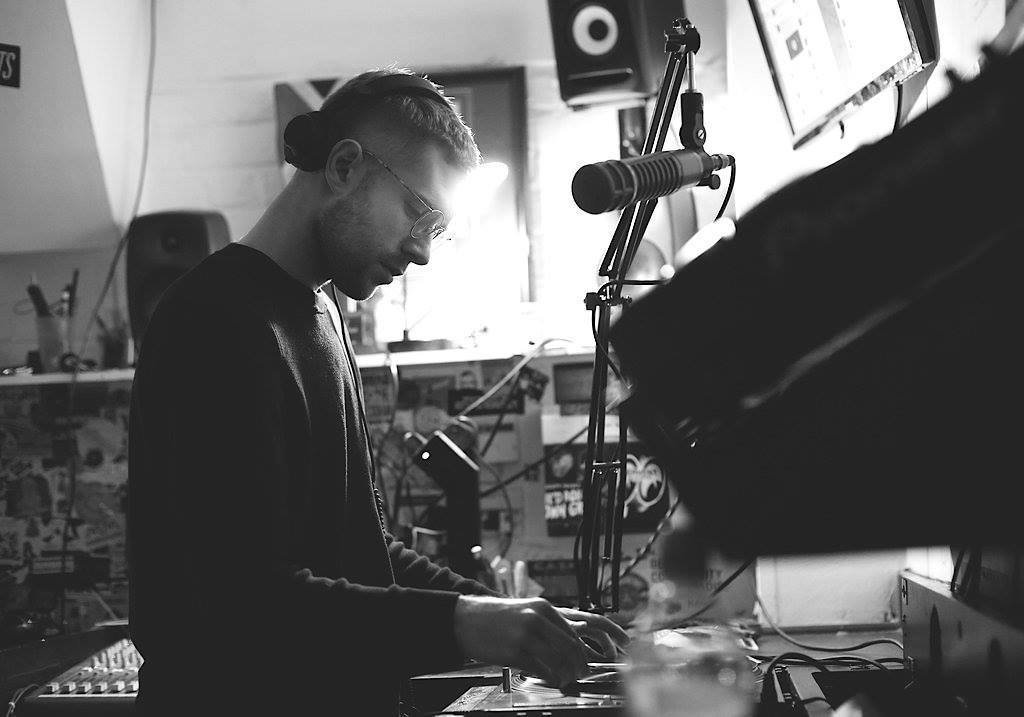 You’ve got your next Whities party at the Yard coming up in February with Vladmir Ivkovic who I’m just realising is the person behind this amazing recording from New Dance Festival which a fellow Truant recommended last year. Can you tell us a little bit about you got put onto him? “I’ve been a fan of his label, Offen Music, since it started. There are only four releases to date but every single one is incredible. After hearing the Ihor Tsymbrovsky release, I got in touch to say how much I’d been enjoying the music. We started an online relationship there. Last August we finally got meet in person, when we were both DJing at De School – I was playing with Avalon downstairs while he was doing this hypnotic 8 hour ambient set in the garden upstairs. It was amazing! In addition to all that my mate Ashton, who runs a great night in London called Left Alone, is a big champion of his, so he’s been invading my brain for a while.”

You recently aired your last ever NTS shows as 88 Transition this Sunday just gone, having decided to continue the shows under ‘Whities’. There was a little tease that 88 Transition might carry on a different form however. You able to explain what that might be yet? “Whities has become a really big part of what I do and I think it makes sense for the radio show to reflect that, which is why it’s taken on that name. In terms of 88 Transition’s future, initially it’ll be a place for mixtapes by excellent djs who don’t make their own music. The first one is by a young Scottish DJ called Fergus Clark, that should be coming out in the next month or two.”

As well as Whities, your own career as a DJ and selector seems to be going from strength to strength lately, having racked up some air miles by now. What have been some of the most surprising/weird/exhilarating places to play/people to play with? “Two of the most surprising were Georgia and India. Tbilisi in Georgia is a beautiful city and a relatively new destination for international DJs. Maybe that’s the reason why it feels like the audiences there seem to have an intense hunger and enthusiasm for dance music, and club culture in general. I played at an outdoor venue, on top of a mountain as the sun came up and it was one of the best experiences I’ve had as a DJ. I also did a little tour of India last year and similarly the crowds were super hyped everywhere I played. Mumbai especially, was wild. Definitely the weirdest – I once supported one of Russia’s biggest rock artists on a tour in eastern europe and played techno in stadiums to around 15,000 people each night. Exhilarating – last November Roman Flugel invited us to do a joint Whities x Sister Midnight party at Robert Johnson. That was a definitely highlight of the year for me. Robert Johnson was one of the places I most wanted to play in the world, so it was really special and definitely felt like some recognition for the hard work we’d put in that year. Roman is a don!”

Can you shout out any lesser known DJs that have really impressed you on your travels? “There are two Scottish DJs I know – Kenny White who works at Reckless Records in London and Fergus Clark who I mentioned is doing the 88 Transition mixtape. They’re pretty spectacular. Also, I know he’s quite well known now but Evan Baggs is a fantastic DJ.”

What can you tell us about the mix you’ve recorded for us today? “On my radio show I tend to focus on new music and try as best I can to not play songs more than once, so it’s nice with mixes to draw for the old and the new. I didn’t overthink it, it’s just a selection of songs I’m really enjoying playing out at the moment and that are in my electronic and physical ‘bags’. I hope that comes across. The opener is a track by Oni Ayhun who I think is a total genius. There’s some new Perlon in there, some Gqom from South Africa, a track I stole from Call Super’s Fabric mix (sorry Joe), forthcoming Whities, Hinge Finger and a DJ Sprinkles masterpiece that I’ve been listening to on repeat lately.”

What else can we expect from you and Whities in the coming year? “The first record we’ve got coming out is a 10” by Coby Sey; the tracks have been about two and a half years in the making and mean a lot to both him and I, so very excited about that one. We’ve got a second planned for March/April by Lanark Artefax who did a dubplate for us at the end of last year. He can’t put a foot wrong and is a name that everyone will know soon. Lots more records in various stages of completion are in the pipeline after that but I can’t say what they are just yet. Other than that, we’ll be doing regular parties in London, a few around the world, and also some live shows as a few of our artists want to express themselves outside of the confines of DJing. For me hopefully more of the same, more gigs, more mixes and a lot more listening to demos!”