For those who don’t know, a brief history lesson: Golden Teacher are a product of the wild variety found in Glasgow’s underground, featuring members from projects which, between 2009 and 2012, were regular fixtures on the DIY-minded line-ups found in both clubs and living rooms. Percussionists Laurie and Ollie Pitt were two thirds of Ultimate Thrush, an unhinged weirdo-hardcore unit both loved and reviled for their OTT live shows. On synths are Sam Bellacosa and Richard McMaster, who made up Silk Cut – an anti-content house duo which despite near-continuous gigging left scant evidence of ever existing. Then there’s vocalist Charles Lavenac, who made fierce, freeform noise-pop in Blue Sabbath Black Fiji.

The resulting outfit, completed by vocalist Cassie Ojay, is complex and wonderful. Twin commitments to experimentation and getting people dancing lend them the air of a space-faring, in-house disco group from a planet sort of like ours, but not quite. Since emerging in 2012 with Bells from the Deep End, Golden Teacher have released on Sounds of the Universe, Rough Trade and other labels. Now, the sextet return with a self-released seven track LP, No Luscious Life. A wordy press release shies away from the idea of the album as statement of intent, pitching it instead as a release for release’s sake.

This isn’t a problem. With no grand narrative at work, this record freely leaps between ideas. Opener “Sauchiehall Withdrawal” demonstrates GT’s championing of unpasteurised party sounds. Cowbells thud beneath drum rolls and distant, acid-dipped synths. “I’m always working so hard, and for what?” sings Ojay, in an upbeat meditation on the grim reality of wage labour. In the background we hear alluring whispers, drifting in from the better worlds we know might be possible.

“Diop” entwines bubbly, rhythmic synth-clicks with an intricate drum workout. “The Kazimier”, a tribute to the former Liverpool venue, and “Shatter”, a rework of a track from 2015’s Sauchiehall Enthrall, take us into downtempo territory. The latter is a stand out, in which Ojay growls over high-strung, guitar-like picking and washes of menacing, dub-delay chords that drift in like intrusive thoughts.

Closer “No Luscious Life” is a disorientating, eight-minute voyage into more abstract terrain, with a thick, metallic twang giving way to an unsettling chorus of chiming bells and crooning woodwind. After six EPs, it’s great to get a full-length release from GT that gives them space to show off their different creative focuses. Much like the shrooms from which the group takes its name, No Luscious Life takes attentive listeners on a trip which lifts and drops them through ecstasy, agony and the shades in between. 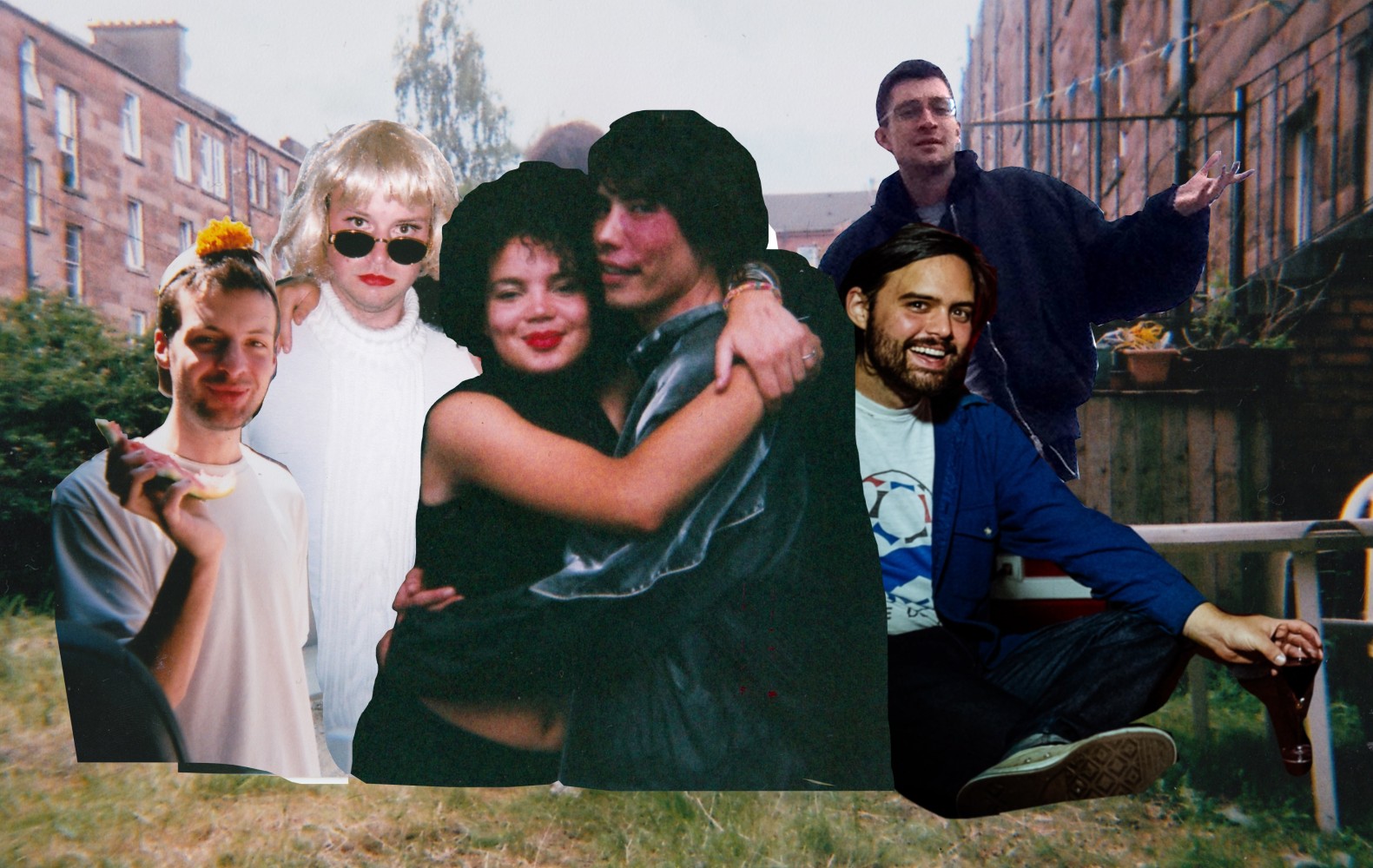 Golden Teacher – No Luscious Life is released on 3rd November and is available for pre-order here.