Born and based in Queens, NY, rbchmbrs has crafted an eclectically twisted sound over the course of two releases for DC label 1432 R. Distinguished by intricate drumwork and a surreal use of samples, his works journey through multiple genres, defying structural conventions while maintaining danceability. His latest EP, Passports, transports the listener through a shifting dreamscape, where vocals fade in and out and stuttering transitions provide stunning moments of clarity. Percussion-driven and whimsically melodic, rbchmbrs’ recent productions reflect a unique vision and inspired evolution from his 2016 release, Estrella. In an effort to learn more about this intriguing artist, we asked rbchmbrs about his musical background, creative process, interests and influences.

Are there any particular artists or genres of music that especially impacted you as a child? “As a child my mother would play disco or classic ’80s dance songs in the house while my dad introduced me to a lot of jazz, classic rock and Greek music. Whether it was my older cousins playing Big Pun and Nas, or if I happened to come across classical music on the radio, I was a human sponge when it came to music.”

Did you play any instruments growing up? Did you collect CDs or records? “I actually never truly played an instrument as a child. I think my commitment to the clarinet lasted three months. Mostly I just listened to music. I honestly can’t count the amount of CDs I burned before I was even 10 years old. Once I had my first job I spent most paychecks on sneakers, rap albums and mixtapes. I felt like I couldn’t rest until I had the discographies of all my favorite artists.”

Where are you living these days? How would you describe your relationship to the music scene there? “I live in Queens, NY. I was also born and raised here. Obviously Queens has a rich history especially when it comes to hip hop, but as it stands today, the scene is relatively non-existent. If I’m playing a set locally, the odds are the show is taking place in either Manhattan or Brooklyn. It’s a shame though, because Queens is home to some really talented producers with many styles.”

When did you start producing music? “I had messed around using some programs on a PC back when I was around 10 or 11 but formally didn’t make it a hobby until I was 17.”

How does your environment influence your productions? “I would say my environment probably influences my productions more than I even realize. I love when the seasons change. In New York, especially, fall and spring feel more pronounced than in other places, and I find the music sort of morphs along with how my surroundings might be changing.”

How did you come to meet 1432 R? What is it like working together? “I met Dawit in DC during college and soon after school ended I came to meet Sami and Joyce. 1432 R is family. Working together has been a straight up pleasure.”

Could you explain the significance of the record title Passports? “Estrella, my first project with 1432 R was what I’d imagine traveling to another dimension may be like. Passports is what you may feel or hear when you come out the other end, in an alien forest.”

What was the intention behind the use of glitches and quick shifts in rhythm throughout? “I really feel as though life is a collection of many random events. Things can just stop and start or totally flip around at any moment. The beats mimic the way in which I experience things. Plus, a good switch-up can really set things off.”

There seems to be a strong emphasis on percussion in your tracks. What is your production process like? “Finding a groove that I can work with is the first step in producing for me. Usually I start my drums and I tend to mix and match different elements of percussion until it starts to sound right. Percussion is really all about patience. Sometimes I have it and sometimes I don’t.”

Could you talk about the prevalent use of samples in your tracks? “Sampling is the foundation. As a kid, no matter where I was, I’d always hear a two or three-second moment in old jazz or soul songs that felt familiar. I’d then rack my brain all day trying to figure out ‘which rap song had I heard those chords or horns from?’ It’s beautiful. Nowadays, I’ll sit around with friends and play two samples at once for eight minutes, all while changing the tempo or pitch every few seconds just to see what happens. Mostly it’s for laughs but some percentage of the time something really out of the ordinary happens.”

This record feels more organic and subdued than your last. Was this shift in sound intentional? “Thank you. I certainly intended to shift the sound this time around. The last record was quite focused on its theme. From start to finish, it felt dark and machine-like. Passports is perhaps the struggle out of that realm. This place is less chaotic.”

Could you talk a little about the record art and the significance of the scene depicted? “Joyce handles all the artwork for 1432 R and again did a really perfect job at capturing the vision we had for Passports. The bare trees and the two characters pouring wine lend to the idea that ‘this is a foreign place and we only have some wine and each other’s company.’ It’s like trying to achieve normalcy in an uncomfortable place you didn’t intend on visiting.” 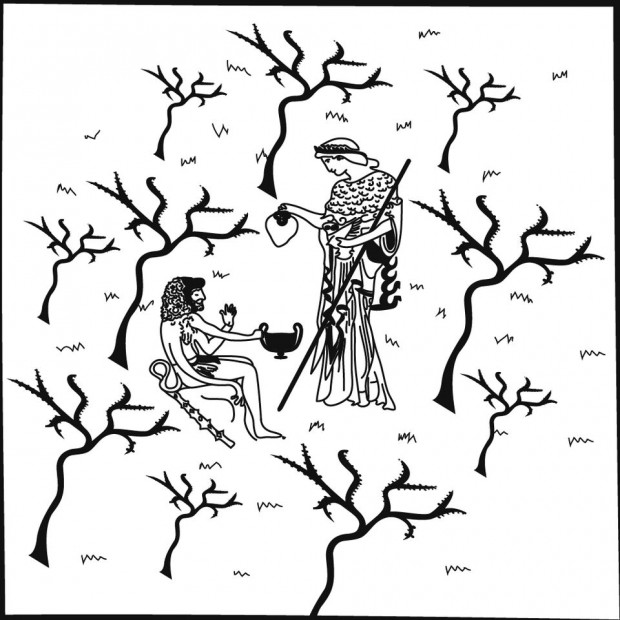 There is a surreal quality about you productions, most notably in the dreamlike changes in pace and emotive sounds. Could you point to what inspires these creative choices? “That is funny because from time to time I obsess over dreams and it certainly reflects in the music. Dreams can be abrupt in nature. From one moment to the next you could find yourself in a totally different setting. Sometimes the laws of physics don’t apply in dreams. I haven’t given this idea too much thought but that could be why I disobey some of the laws of dance music, for better or for worse. I’m aware some of the stuttering may scare a DJ or two.”

Outside of making music, what types of art/media do you enjoy? Do you have a specific book or film you’ve liked recently? “I love a good movie or television series from time to time. I read a lot of nonfiction, mostly on history. Architecture is so fascinating to me that to become an architect was my initial dream job. Lately I’ve been re-familiarizing myself with some Nikos Kazantzakis’ works that I’ve yet to read. As a Greek, this is required reading.”

What’s coming up next for you? Are you working on new music? “I just finished up a rap project called Xen Griffey with Theravada. I’m in the midst of producing some songs for his next tape called Xenny Hardaway. Aside from that I’m always working on something new. It all comes in waves. I’ve been working with SIR E.U. on a project that I’m very excited for people to hear down the line as well. After all of this, I’ll be looking to do some more solo dance music.”