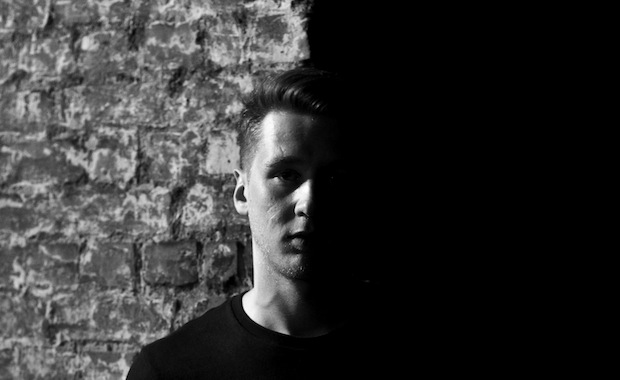 For our seventy-first Truancy Volume we are excited to bring you a producer whose productions under a number of aliases, and with several fellow Bristolians, marked him as one of the city’s most promising newcomers of the last two years. As Hodge he DJs and produces predominantly quite dark and percussive tracks, but you can also find him working on more traditional, rhythmic house with good friend Matt Lambert under the name Outboxx. Between these two projects, Martin has slowly amassed eleven releases, including a debut album from the Outboxx project on Bristol-based record shop and label Idle Hands, as well as other releases on labels such as Deadplate, Well Rounded Records, and a special collaborative single on Punch Drunk between Hodge and Peverelist. With all of this to take in, we decided to hit up Hodge for a Truancy Volume which he has kindly delivered in the form of a one hour mix featuring lots of forthcoming material from the likes of Beneath, Kowton, Alex Coulton, Jabu as well as bits from his own upcoming Well Rounded Housing Project release. We also briefly caught up with the man while he was away playing in Croatia at the Echo Festival. If you’re interested in knowing what character Hodge would most like to be from TV show Workaholics, we encourage you to read on.

Hey there Jacob! From what I understand you’re currently soaking up the sun in Croatia at the Echo Festival. How’s that been so far? “Balearic vibes innit, ha.” I just wanted to start by asking about your record with Peverelist that recently came out on Punch Drunk. Can you tell us a little bit about the process behind “Bells” and the decision to release two different versions of the track? ” Well, I wrote a tune called “Bells” a long while ago and Tom heard it and asked if he could remix the track. After hearing his remix, which ended up being the Dream Sequence version. I was like, “shit, this is so good!” that I didn’t want to release the original, haha. We then just decided to sit down and make another version but this time in the studio together, which ended up being the System Mix.”

As well as your work with Matt Lambert as Outboxx and the tracks with Pev, we’ve spotted your making tracks with Beneath. There’s a Kowton/Outboxx collaboration floating around in a couple of mixes, too. Are we right in thinking collaborations and working with other people is something you’re able to slip in and out of with relative ease? “I love doing collaborations. I guess I can slip in and out of doing them so much because I’m just so used to making music with Matt. Every time I work with another producer on some music I take so much away from that project. Everyone has different styles and approaches to making music, and it’s inspiring to see another person’s take on things.”

Moving onto Outboxx, can you tell us a bit about how you and Matt were initially introduced and how soon after did you start making tunes together? “Matt and Naomi (Jeremy), who has featured on a lot of Outboxx tracks, were in a band together and I knew Naomi. Matt came round my house for some drinks one time and mentioned he played keys. He then came round the next day and we made “Kate Libby” on literally our first jam. I then sent that over to Adam who runs Immerse Records and it was signed that night. It just kind of all fell into place, haha.” From what I gather you both hail from rather different musical backgrounds. Has this ever caused clashes whilst making tunes or does it all come about quite naturally? Was this the same when it came to making the album? “Yeah, a couple of clashes are inevitable especially if you’re as impatient as I am, but then I think that’s all just part of the learning process. The album came about because we were both having trouble finding a job in Bristol and had enough time to be able to just sit about write daily.”

Whilst past release have been quite strong on the percussion, your forthcoming EP on Well Rounded Housing Project has a lot more melodic touches to it, especially with tracks such as “Monster” and “Slowing Behaviour”. Was this a conscious decision for the label or a more progressive sound to your Hodge sound? “The EP definitely isn’t an indication of where I’m going with my sound by any means. It was an opportunity that Donga gave me to write some music that wasn’t so much aimed at the dancefloor. Really, it was just a chance to explore some different music kind of music by myself!”

We didn’t really want to go too much into Bristol with these questions, as a lot of past interviews with a number of producers seem to have that covered. We’re hugely interested about the new Peng Sound label and the remix of “Clash Of The Titans” you recently did for them. How did the hook up come about and can you tell us a little bit about your approach on the track and working, especially with such heavy vocals? “Basically, I live with Dan (Ossia) who runs Peng Sound, so when he signed and released the original EP I mentioned that I’d love to be able to remix it and he got the parts to me that very day. In terms of the creative process, it all felt very natural. Like, Ishan Sound is an incredible producer and his sounds were just so good to work with. All the bass in my remix is from the original track, just processed and tweaked a bit. So yeah, that combined with such a powerful vocal meant that I had an amazing selection of sounds to work with. This time round I knew I just wanted to make some dance floor shit, so that steppers/techno crossover sound just fell into place for me, really.”

Is there anything you’d like to add to your studio or a skill you’d like to learn and master? “I’d like to get a few more drum machines and possibly a spring reverb. I’m super addicted to buying hardware at the moment and I don’t think there will ever be a point where I’m satisfied in that aspect, haha. In terms of skill I want to learn how to make sushi. My girlfriend says it’s easy.”

We understand you’re particularly interested in film – especially 80s and 90s action movies. If you could have anyone direct a music video for you, who would you have direct it and what would you like the video to consist of? “Haha, you’re smashing these questions. Fred Olen Ray would do an amazing job I’d reckon. I’d love some kind of Top Gun ‘playing with the boys’ type moment in the video. See attached photo :D“

What else can we expect from you in the future if it hasn’t been mentioned already, and where do you personally think you can go next with your music? “I am not sure what to do next really, I’ll just keep jamming in the studio and see what happens. Maybe plan to get another of these collaborations released, haha. When I was in Ibiza last I went on this trashy boat tour and the captain played a really loud mix of his own ‘chill out selections’ over the tannoy system. I think that’s a look I could proudly roll with.”

Lastly if you could be one character from the cast of Workaholics who would you be and why? “Jet Set – purely for the name and the luxuries having a name like that would bring.”