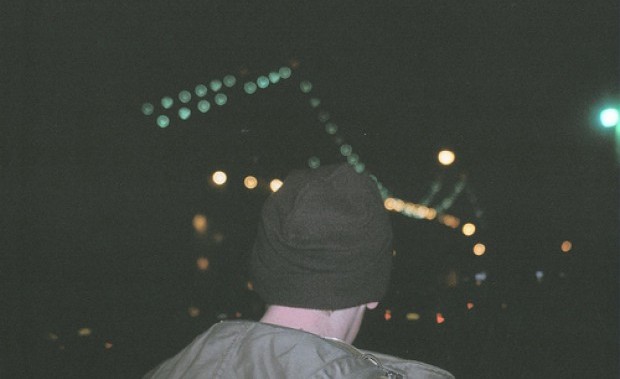 New York resident and new kid on the block Anthony Naples made quite a stir earlier this year with his debut release on Mister Saturday Night, “Mad Disrespect”. The record, made up of his first finished tracks, is exactly what we would expect from a New York house record; it’s sexy, made for the dancefloor, and possesses just enough grit. What else could we ask for? We’re not the only ones to take notice of his talents on the buttons; Four Tet has enlisted him to remix the A-side of his next Text Records release, “128 Harps”. When someone like him snaps you up people pay attention and clearly this is only the beginning for Anthony, who is looking to release at least two more records this year. With plenty of ambition and the ability to back it up it’d be shame not to hear what music makes it into his mixes, hence why Truancy Volume forty-eight is mixed by the man himself. Obviously he’s no newcomer to house music or dance music in general, mixing the likes of Bookworms and Kassem Mosse in the span of 45-minutes. We’ve spoken with him, briefly, and he’s been clear about his intentions and his hope that this mix and music is accesible enough to the dancer and listener. So sit back and for the next few have a peak into what makes Anthony Naples move on the dancefloor.

You’re fresh off your debut release on Mister Saturday Night Records, how did you get in touch with those guys and put together the release? Anthony: “I had been going to their parties for a year or two, and when they put out on their mailing list they were starting a label, I just sent some real early (and horrible) demos to them. They didn’t think much of them but we stayed in touch anyways. I came up with “Mad Disrespect” on a nice afternoon in August 2011, sent it to Justin, and I guess it got lost in his inbox until January 2012, when he emailed me asking for more stuff so I quickly made the other two tracks and it was off to mastering a week later. Pow.”

How has the response been to the record? “I’m not really that sure, it’s my first 12″ so I have nothing to gauge it off of necessarily. I try not to look online to see how people are taking to it but a co-worker of mine pointed out that at one point it was third in the Phonica best seller charts, which I’m still not sure if I believe or not. I made the songs when I was twenty years old which feels like a world away at this point now that I’m twenty-one haha, but its still really amazing to know people as far away as Australia, Japan, and Europe are interested in hearing what I made in my bedroom on a cheap laptop, so in that sense it’s really way more than I could have hoped for when I was making those songs.”

Do you have anything else in the works? “I’m not entirely sure on what’s happening with original material just yet, but I’d like to have one or two more 12″s out by this year’s end. I have two remixes coming up in the next month or two, both of which I’m really honored to have been asked to do, let alone have them come out as official mixes of the original tracks. I’ve also been given the opportunity to run a record imprint through my current place of employment and the idea of releasing other peoples music is just as exciting as anything I have forthcoming for myself!”

Has New York or any area in particular influenced your musical development? “Yes and no. In a way, it’s kind of stunted my ability to make as much as I’d like to because of how much time I have to dedicate to staying afloat here, but with that, I’ve also learned to get as much done in the time that I do have free, and it’s kind of refined my processes. I don’t even have time to buy new gear, or anything, so I’ve learned to make do with my desktop PC, cheap monitors, and of course a Himalayan salt lamp (for the vibes). Had I been located elsewhere, I might spend more time racking up numerous synths and whatever but because I live in NYC there’s no time for bullshit, so I generally sit down, produce results, get up and eat some food or whatever, have another go at it, and then bounce it down and sit with it for a while.”

When you’re not making killer records what do you do? “Haha – thank you for that. When I’m not working on music, I’m either working (at my job) or just hanging out with the people closest to me; girlfriend, friends, dog, et cetera – I like to spend a lot of time just walking around with headphones on in my neighborhood, or you know buying records or whatever. I go out pretty often as well, so a lot of the weekend is spent making up for long nights out. Normal stuff!”

Where and how was this mix recorded? “The mix was made in my Bed-Stuy basement apartment. I’m moving in a few days so I had a lot of my records packed up at the time but these are just some recent purchases, some hits that I’ve just discovered, and of course, something from Daft Punk. I had to record it to a tape-deck because my computer is too far away from the DJ equipment I have in my house and then had a friend bounce it down digitally, so I’m sorry if the hiss is overwhelming. I did what I could!”

Was there any particular vibe you were trying to convey with this mix? “I’m not sure really, I guess it’s the kind of vibe I’d like to feel when I hear a DJ set. I think there is a lot to be said about someone who creates a fun and somewhat familiar vibe when they play records. I could have easily stuck a bunch of half made and unmastered dubs from myself, or unreleased music from the few people I’m in contact with but there are plenty of people doing that so this is just a mix with some next level shit from now and the past – not any future this and that. I don’t disagree with people doing that for promotional reasons obviously, but if promoters are checking this out (hopefully!) the last thing I want them to expect is that I’m going to come through their town and only play five-thousand unreleased tracks that they can’t go out and get for themselves. I want there to be a direct engagement with the mix like “Oh, I like this track”, look it up, and then go out and get a copy for themselves. I want everyone to be in on it, because a lot of the time I think thats what scares people off from electronic music in general; this whole esoteric vibe.”