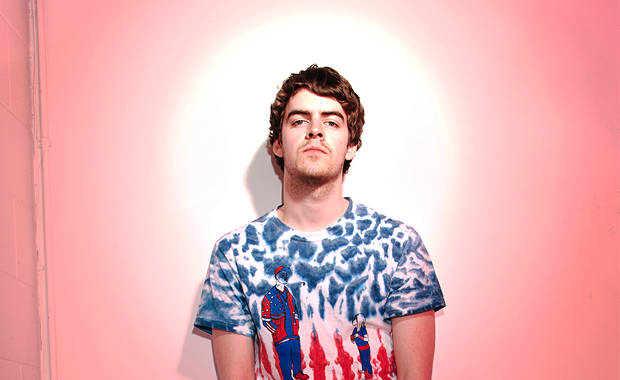 Nova Scotian producer Ryan Hemsworth is both a product of his time and one of the rising stars who is quickly attracting much-deserved attention his way. In a short period of time, he’s come out with a number of incredibly memorable solo EP releases as well as his impressive substantial catalogue of rap productions for highly-praised flourishing talents such as Main Attrakionz, Shady Blaze and Deniro Farrar. The Green Ova affiliate cites the internet as a key catalyst in taking his work to the point it’s reached now, as it’s initially been responsible for creating bonds with collectives such as Shots For Everyone and The Villa that released some of his solitary work, but most importantly has acted as a mediator between him and his synergic vocalists, as he’s curiously enough met very few people he’s collaborated with in real life. At the moment, Ryan is spending some time away from Halifax after four years of taking journalism there and now lives in Ottawa, Canada while he tries to work on new material every day to keep himself busy. First up on the agenda is his forthcoming EP with the WeDidIt collective that’s set for an August release. “It’s a dream come true right now because I get to work with Shlohmo and all these dudes that I’ve been a fangeek of for a while. I think this EP is going to be a really good one.”

With his consistent body of work and all the excitement that’s coming up for this promising producer, there aren’t enough words in the dictionary to describe quite how thrilled we are to present you with our latest Truancy Volume arranged by Ryan Hemsworth. Fortunately, the beatmaker was quick to consent to provide us with an installment in our mixtape series when we approached him due to the fact that he enjoys making mixes thoroughly, as he considers them a musical form of showing love to artists he admires. The mix itself consists of some of Ryan’s own new work, material by his Internet pals and the most recently added mp3s to his iTunes. Also displayed here is his personal preference to not just have a straight seventy minute mix at the same tempo, but to rather go through as many sounds as possible in one go instead. “That’s my usual schtick, and then I try to just make them all sit comfortably in the same place. Long as the energy and mood matches, it doesn’t matter to my ears if I’m going from RL Grime to Waka Flocka Flame.” The inspiration behind the track choices are simply motivated by what’s rated high on his radar right now along with some everlasting crew love being present as well. “And of course I’m always paying my dues to BasedGod.” We’re pretty sure of one thing, and that’s that these sixty minutes of bliss should positively function as Based World’s national anthem. Expect several of his own stellar productions, a number of lovely tracks by his affiliates and some tantalizing mash-ups of rap acapellas matched with other rap instrumentals which leave us sincerely questioning some originals. As far as the surroundings are concerned in which you should be blasting this mixtape, the creating jury’s verdict offers several options. “The car, for sure. A house party would be flattering. People have also been saying my mixes motivate them when they’re exercising. That’s dope. I don’t really exercise, but maybe I’ll test that out some time.”